The U.S. Senate passed the Travel Promotion Act by a vote 78-18 (4 not voting) on Thursday, February 25, 2010. And President Obama is expected to sign it within days.

While some view this as a history win for the U.S. tourism industry – and it’s certainly important for the U.S. to take steps to enhance its reputation for international business travel and tourism, the decision does come with a price.

If approved by the President, the bill will be signed into law and international travelers from each of the 35 Visa Waiver Program countries visiting the U.S. will be charged a US$10 fee once every two years.

As explained in my commentary about the U.S. Travel Promotion Act, those who sponsored this legislation really haven’t provided sufficient justification for placing a new travel fee upon international visitors – they spent about US$122 billion in the U.S. during their travels in 2010 (and a down economy).

International business travelers account for about 15% of total spend – or roughly US$18.3 billion in 2010. Since the new fee will impact about 30% of international travelers, according to data from the U.S. Travel Association, those who spend about US$2.74 billion in business travel and meetings last year will also be asked to contribute another US$10 per person to pay for this new legislation which is designed to establish a marketing campaign for the U.S. for the first time.

The argument is that this will create new jobs for the U.S. However, the fees are designed to generate roughly US$100 million, and total revenues for international travel in 2010 were down, so the U.S. economy lost many more jobs in the hospitality industry than this will replace. Revenues declined by about 15% vs. 2009 levels, according to data from the U.S. Office of Travel & Tourism Industries.

In addition, the U.S. does risk alienating individuals and governments from some of the 35 Visa Waiver Program countries who may opt to visit elsewhere and/or establish retaliatory fees upon U.S. international visitors to their countries. If that happens, it ultimately becomes a new tax on U.S. travelers — especially if separate fees are established by every country. Many more Americans visit those countries either individually or collective than a single fee/visit charged for entering the U.S. 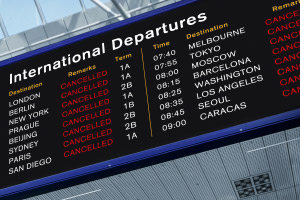