Hot on the heels of incredible success for Team GB’s cycling superstars, and accompanied by double gold medal winning cyclist Laura Trott, the Mayor of London has confirmed plans for the capital to host a two day world class festival of cycling next year. The weekend festival will be known as RideLondon and will feature a series of events for amateur, club and world elite cyclists.

Today the Mayor confirmed that RideLondon will take place over the weekend beginning 3 August 2013 and that it will be managed by the London & Surrey Cycling Partnership, a joint venture between the organisers of the London Marathon and The Tour of Britain. It is predicted that the weekend festival could attract over 200,000 visitors from outside the capital, lead to a major boost in cycling numbers and generate tens of millions of pounds in economic benefit.

Online registration is now open for cyclists to register their interest in RideLondon, which will open with a family fun ride for up to 70,000 cyclists on an eight mile loop of closed roads around London’s iconic landmarks. The following day a 100 mile road ride for up to 20,000 amateur, club and world class elite cyclists will take place that begins in the Queen Elizabeth Olympic Park and will be based on much of the route of the 2012 Games cycle road race. Women’s elite, junior cyclists and hand cycles will also take to the streets of the capital to compete in a city centre grand prix.

The Mayor of London, Boris Johnson, said: “This year London has been the place to be and yet again this amazing city has proved its expertise in hosting major world class sporting and cultural events. Our challenge is to ensure that 2012 is just the start, not the end of the benefits of hosting the Games. We must create long lasting opportunities for the Olympic Park and the capital, which will showcase London to the world, attract more visitors, create more jobs and support the economy.  We also need to capitalise on the incredible achievements of Team GB’s Olympic cyclists whose superhuman efforts will inspire thousands more Londoners to take to two wheels. I urge every Londoner and cycle fanatics from all over the country, if not the world, to mark the weekend of 3 August 2013 in their diaries for what I believe will become one of the world’s number one cycling events.”

RideLondon will aim to be the largest charity fund-raising cycle ride in the world and organisers will be able to draw on the vast experience of the London Marathon team within the partnership. Since its foundation participants in the London Marathon have raised over half a billion pounds for good causes and in 2011 they raised a staggering £51.8 million.

The international promotion associated with what will become an annual cycling festival will bring millions of pounds of economic benefit into London through national and international participation plus hundreds of thousands of spectators and worldwide TV audiences. It will provide a long term source of income for investment into improving conditions for cycling in London and provide opportunities to channel people to other cycling initiatives.

Laura Trott, Double Olympic track cycling champion, said: “It’s been amazing the way the British public have really got behind Team GB and cycling in general during the last few weeks. I’ve been completely blown away by how many people have come out to support us. The crowd noise in the Velodrome was something I will never forget. It’s great to think we may have inspired people to get on their bikes and RideLondon is a great opportunity for the public to get out and join us on the roads. Cycling has always been a huge part of my family’s life and I hope that having watched the Games lots more people will be encouraged to have a go.”

Nick Bitel of London & Surrey Cycling Partnership, said:  We are very pleased to have been chosen to deliver this event on behalf of London, particularly as it will be the first direct sporting legacy from the London Olympics.  With our combined expertise and technical knowledge of organising elite cycling and mass participation events, LSCP expect to deliver a world class festival weekend of cycling open to amateurs, club and the worlds best cyclists.    We already know from our charity partners that this event will be a great opportunity to help raise funds for British charities and we will aim to make this the world’s largest charity fund-raising cycle event.

Brian Cookson OBE, President of British Cycling and UCI management committee member, said: “The Launch of RideLondon today is further proof that British Cycling’s Olympic legacy is already in place. Like the rest of the country I have celebrated the achievements of Laura Trott, Bradley Wiggins and Sir Chris Hoy, not just because they have succeeded during a wonderful summer for British cycle sport, but because they and the rest of the British Cycling team are inspiring people across the country to get active. Success in the Tour de France and the Olympics has seen membership surge, seeing 250 people a day join British Cycling. There are over 160,000 more people cycling once a week or more than was the case six months ago. RideLondon demonstrates there is now an unprecedented, mainstream demand for cycling events in this country. And our colleagues at the UCI know that British Cycling can be relied upon to produce not just competitors of the highest level, but also superbly organised events for cyclists of all levels of ability. None of this is a happy accident but the product of years of hard work. What we are seeing are the fruits of a strategy British Cycling has been pursuing for over a decade. And the success of our sport at both elite and participation levels is a great return on the efforts of so many of the people involved in our sport who have turned that strategy into action. Having been involved with the creation of RideLondon we look forward to this annual events first delivery next year with great anticipation”

Iain Edmondson, Head of Major Events at London & Partners, said: “Delivering on our promise to realise a tangible legacy from the 2012 Olympic and Paralympic Games, today’s announcement of RideLondon sees the culmination of over two years planning and preparation come to fruition. As we near the end of staging the greatest event on the planet, London has truly staked its place as the most exciting major events destination. RideLondon will offer something for every sports fan or keen cyclists – from watching the thrilling elite race travelling through London and Surrey to inspiring people to take part in the biggest annual mass participation cycling event in the world.”

Daniel Moylan, Chairman of the London Legacy Development Corporation, said: “Queen Elizabeth Olympic Park will begin to reopen from summer 2013 and RideLondon will give thousands of people the opportunity to experience it for the first time. Our Olympic success in cycling has captured the imagination of Londoners and we will draw on that inspiration to put on a cycling festival within the Park that brings people together and encourages healthy living.”

Peter Hendy CBE, London’s Transport Commissioner, said: “Already, hundreds of thousands of people cycle in London every day and RideLondon will provide a fantastic opportunity to encourage even more people to start cycling. This inaugural event will combine a fun and free family closed road ride in central London with the excitement of watching the world’s best professional cyclists race, plus a mass participation event over the same course. It is now time to turn the vision for RideLondon into one of the world’s leading cycling events and a lasting legacy of the 2012 London Olympic and Paralympic Games into reality. Roll on 3 August 2013.”

David Hodge, Leader of Surrey County Council, said: “I am delighted we can work with the Mayor of London to give the nation’s new-found enthusiasm for cycling a lasting legacy. Having made such a success of the Olympic cycle races we now have the springboard we need to find the next Bradley Wiggins or Lizzie Armitstead.”

RideLondon Freecycle “COME ALONG FOR THE RIDE” – An 8 mile central London route on closed roads for up to 70,000 people.

RideLondon 100 “RISE TO THE CHALLENGE” – A 100 mile challenge ride including charitable fundraising through London and Surrey via Richmond Park – expected to attract 20,000 riders in Year 1.

RideLondon Classic “SEE THE GREATS” – Starting in the Queen Elizabeth Olympic Part and following part of the Olympic Road Race route this race will see the international men’s elite take to the roads of London & Surrey on what is expected to become part of the UCI’s official race calendar (announcement in September).

For further information contact the Mayor of London’s press office on 020 7983 4070 (number not for publication) or email 2012mayorspressoffice@london.gov.uk 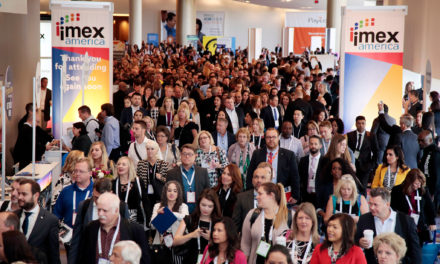