The Mayor of London, Boris Johnson, has hailed the return of the world’s cycling superstars to the capital as the final Tour de France 2014 route was today unveiled in Paris.

A million cycling fans are expected to turn out to see the Tour de France when it reaches London on 7th July 2014 as part of a three-day visit to Britain.

It is six years since London hosted the ‘Grand Depart’ of the Tour de France and the Mayor hopes that the capital will enjoy an economic windfall of tens of millions as a direct result of hosting the prestigious Tour once again.

The Mayor of London, Boris Johnson, said: “Our national enthusiasm for cycling has reached fever pitch since the 2012 Games and after two consecutive victories in the Tour. Next year a new generation of Chris Froomes are sure to be inspired as they watch our cycling legends sprint up the Mall to a roar of spectators clamouring to see the battle for the Yellow Jersey.”

The Mayor remains committed to ensuring London retains its status as the world capital of sport, but recognises the need for a balanced approach to ensure everyone can benefit from major events whilst keeping London moving. That is why the Mayor has set up a Major Events Oversight Board to assess and monitor the impact of major sporting events in the capital. This will ensure that any major events that we decide to host in our city will not only have a clear and demonstrable benefit to London, but also that any resulting disruption will be kept to an absolute minimum.

The Tour will start its three day visit to Britain on Saturday July 5, with a 120-mile leg from Leeds to Harrogate via the Yorkshire Dales National Park. On day two, riders will go from York to Sheffield and then riders will set off from Cambridge for the start of stage three.

On Monday 7th July, approximately 200 riders will set out from Cambridge, entering London through Epping Forest before completing a circuit of the Queen Elizabeth Olympic Park. They will then ride through the East End before turning westwards along the Thames. Buckingham Palace will then form the backdrop to the climax of the stage as riders sprint up The Mall.

London’s Transport Commissioner, Sir Peter Hendy CBE said: “The Tour de France is a fantastic event which will attract huge numbers of people to the capital to see some of the greatest names in cycling fighting it out for the famous Yellow Jersey. We will, as usual, work closely with businesses and stakeholders to help them make the most of the economic opportunities this presents while keeping disruption to a minimum.”

Christian Prudhomme, director of Le Tour, said: “We are excited to take Le Tour back to Britain again. I know the Grand Départ in Yorkshire will be visually stunning and technically challenging and the third stage from the cycling city of Cambridge to the historic heart of London will provide a fitting finale. The British cycling fans are passionate people and I am sure they will line the routes of the three stages cheering the teams and riders all the way from Yorkshire to London, providing an unforgettable start to the 2014 Tour.”

The Tour de France will kick off a spectacular summer of cycling in London, with the exciting event followed by Prudential RideLondon on the 9th and 10th August and then the Tour of Britain, which traditionally finishes in the capital, taking place between 7th – 14th September.

Next summer’s cycling windfall is likely to inspire thousands more Londoners to take to two wheels, building on the Mayor’s ambition for cycling to be an integral part of the transport network. As part of his cycling vision, the Mayor is already engaging in a vast £1billion programme of improvements  – creating a series of enhanced cycling superhighways, urban ‘quietways’ for more cautious cyclists, and turning some outer boroughs into mini-Hollands.

For more information on the Tour de France and where to stay in London visit www.visitlondon.com/events.

The Mayor is committed to ensuring London retains its status as the world capital of sport, and has recently set up the Major Events Oversight Board to advise the Mayor on major events in the capital. The board will be chaired by Sir Edward Lister, and will comprise of TfL, the emergency services and other key partner agencies to provide strategic direction and advice to the Mayor in the approach to bidding, staging and evaluating major events in London. The board will ensure that all major road events continue to be carefully considered and tightly managed to ensure that we get the full benefit from the event without undue impact on Londoners and London’s transport. Further, this Board will look at ways to ensure that there is effective communication of the major events programme with Londoners, visitors, businesses and stakeholders alike, to allow sufficient notice and forward planning for everyone.

The Tour de France is the world’s largest annual sporting event and covers approximately 3,500kms. A worldwide television audience of 3.5billion people watch the event annually. Over 188 countries around the world broadcast the Tour de France and there are 4,700 hours of TV coverage annually. The last time the Tour visited England was in 2007 when London hosted the Grand Départ, which is the opening of the race. For more information on the Tour de France visit www.letour.fr/le-tour/2014

For more information on the Mayor’s Vision for Cycling visit http://www.tfl.gov.uk/assets/downloads/roadusers/gla-mayors-cycle-vision-2013.pdf

CVB Pick of the Week: The Table Cafe 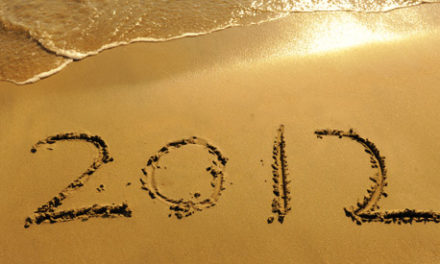 2012 Calendar of Holidays and Events