What Is the Economic Impact of Tourism?

Those who are part of the international business meetings community already know: Organizations that invest in business travel and participate in meetings have a greater chance of achieving their business goals than those that do not.

Imagine the impact when political leaders acknowledge the same from their perspective: Governments that support travel and tourism by working with the private sector in this industry have a greater chance of creating jobs and achieving economic goals than those that do not.

For too long, travel and tourism has not been fully embraced by some in the public sector as the economic machine that it is for local communities, cities, states and countries. However, some positive steps are being taken that will help change this attitude about the impact of tourism.

At WTTC The Americas Summit held in Riviera Maya, Mexico, top level tourism ministers and leaders from the public and private sector held a joint meeting. Their message: The travel sector will bring jobs and economic prosperity for those that embrace the industry.

Travel and Tourism: One industry, one voice

“We are far too important an industry not to speak with one united voice,” said David Scowsill, president and CEO of the World Travel & Tourism Council (WTTC) during the summit, emphasizing that this industry is in a unique position of leading the way to generating jobs, achieving economic prosperity and influencing sustainability for the future.

Scowsill also highlighted that travel and tourism is typically one of the largest employers throughout the United States and most other countries in the world – certainly larger than the automotive and mining industries.

In 2011, travel and tourism accounted for 9% of GDP globally, according to data from WTTC – 255 million jobs. That’s one in 12 jobs on the planet. And this is expected to continue to grow at about 3 percent this year, eventually becoming one in 10 jobs.

And consider this important statistic from the United Nations World Travel Organization (UNWTO): The world will reach the milestone of 1 billion international travelers in 2012.

At The Americas Summit, both WTTC and UNWTO expressed that they will continue to join efforts to break down barriers to travel sector growth.

If you want to know how a difficult visa process can have a negative impact on a country, look no further than the United States. Roger Dow, president and CEO for the U.S. Travel Association, points to 2010 data that shows the U.S. lost 78 million overseas arrivals, $606 billion in total spending and 470,000 jobs over 10 years.

To address this, the U.S. is finally implementing Brand USA, a joint public and private international tourism campaign. President Obama also signed an executive order in January 2012 that announced a national travel and tourism strategy to make the visa process more efficient. The U.S. goal: Welcome 100 million international visitors by 2021. The initiative also outlines an intent to shorten visa interview wait times and to streamline the visa process. On the other hand, can we establish a future without visas?

“We’d like to go for ‘no visa’ sometime in the future,” said Mari Elka Pangestu, Indonesia’s minister of tourism and creative economy. Indonesia is one of many countries in Asia have agreed not to require their citizens to obtain visas to travel within the region. To be sure, global acceptance of ‘no visa’ is likely ‘futuristic’ at best.

Immigration and customs should welcome visitors

Security rules that have been put in place in the U.S. (in particular) and elsewhere during the last 10 years have not been perceived as welcoming, and international travelers know this. That’s hardly an incentive to travel to countries where visitors are treated with caution and suspicion the moment they step off the plane.

Billionaire Carlos Slim offered a simple solution that would likely resonate with most travelers: Countries need to find a way to be more welcoming and make the arrival process “feel like a party.” Who wouldn’t agree with that?

Infrastructure is key to tourism

Attracting tourism first requires a commitment to infrastructure — airports and roads. Perhaps Mexico understands this better than most. They continue to make these investments in their tourism sector, and Mexico’s economy has clearly benefitted. Quintana Roo Governor Roberto Borge Angulo explained that the success of their approach has also expanded the travel experience because visitors now have an opportunity to travel between destinations during a single visit.

Waiting isn’t a good option, adds Angela Gittens, director general for Airports Council International. “That’s going to strangle those economies,” she said, adding that this is a decision that simply cannot be timed.

Open skies means increased international airline competition within the Americas and elsewhere. But it hasn’t yet been widely embraced. “Any change in aviation, as in any industry, brings winners and losers,” said to Jeff Poole, director of government and industry affairs at the International Air Transport Association. It also reduces some of the leverage governments use to increase taxes and regulation.

Alex de Gunten, executive director of the Latin American and Caribbean Air Transportation framed the challenge. “We find in the region that there are a lot of barriers,” Gunten said. “They think aviation is a luxury. They put taxes on tourists who arrive, and on the airports.”

Jose Koechlin, chairman and CEO of Inkaterra (Peru), won the 2012 Tourism for Tomorrow Award at WTTC The Global Summit in Japan. If you do not involve communities in the long term, they will not have a “social memory” for conservation or their own longevity, according to Koechlin.

To be ready for tourism growth that lies ahead, the tourism industry – and destinations in particular – will need to have a people who are trained and prepared to create the visitor experience. Nancy Johnson, chair of the American Hotels & Lodging Association, and others at WTTC The Americas Summit emphasized the importance of fostering professional development for women and creating a more diverse workforce.

In addition to attracting a highly qualified workforce, the travel and tourism industry will need evolve how it approaches destination marketing by relying on social media, qualified opinions and innovative technologies.

Travel and tourism will make an impact

Mexico’s President Felipe Calderon was optimistic about the benefits for those countries that embrace this industry. “The message must be that tourism means jobs and economic growth,” President Calderon said.

Mexico’s Secretary of Tourism Gloria Guevara was equally optimistic and predicted that more governments will begin to embrace international tourism in the years ahead. Mexico has experienced growth and tourism plays a vital role in its economy, so it was fitting that Secretary Guevara served as host for this first WTTC regional summit in the Americas.

Share your opinions about the economic impact of tourism below! 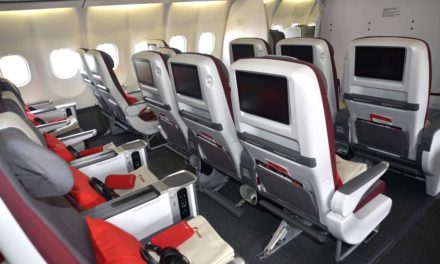 Working Your Way Up the Food Chain: Fast Food Jobs and What They Pay