Traveling to London? Consider These Upcoming London Calendar of Events

Dozens of Limited Edition London experiences and events are scheduled now through the end of the 2012 Olympic and Paralympic Games (September 2012) in the UK’s capital. From private evening tours at Buckingham Palace (January 1 – September 30, 2012) to seeing the most complete Da Vinci exhibition ever (November 9, 2011 to February 5, 2012). London and Partners highlights the following a quick listing of events at a glance:

The Livery Wine & Dine Club at Painters Hall
Painters Hall EC4V 2AD, 21 September 2011 to 23 November 2011
Enjoy fabulous food matched with a variety or old and new world wines in some of the most beautiful and historic venues in the city of London, all for just £49.95 per person.

The Livery Wine & Dine Club at Tallow Chandlers Hall
Tallow Chandlers Hall, 19 October 2011
Enjoy fabulous food matched with a variety or old and new world wines in some of the most beautiful and historic venues in the city of London, all for just £49.95 per person.

Royal Manuscripts: The Genius of Illumination at The British Library
British Library, 11 November 2011 to 13 March 2012
Discover the hidden jewel in the British Library’s collection: a unique treasure trove of medieval and Renaissance manuscripts assembled by English kings and queens over 700 years.

The Queen: Sixty Photographs for Sixty Years
The Windsor Castle, 4 February 2012 to 1 January 2013
Sixty photographs of The Queen, including the work of leading press photographers of the past six decades, are brought together for a display at Windsor Castle to celebrate Her Majesty’s Diamond Jubilee.

Queen Elizabeth II by Cecil Beaton: A Diamond Jubilee Celebration
Victoria and Albert Museum, 8 February 2012 to 22 April 2012
The V&A is holding a special exhibition of Cecil Beaton’s photographs of the Queen. Beaton photographed the Queen for three decades, and the exhibition also includes his diaries and letters.

Seven Dials and St Martin’s Courtyard Shopping Evening
Seven Dials- Retail, 27 April 2012
St Martin’s Courtyard and Seven Dials will be offering shoppers the opportunity to update their wardrobes with styles to see them through the hotter months. 20% discount will be available from 5-9pm at participating stores, beauty emporiums, entertainment venues, cafes, bars and restaurants,

The Arts in Parliament at Westminster Hall
Houses of Parliament, May 2012
The Arts In Parliament is a unique celebration of arts, heritage and media which will take place during the summer of 2012 as part of the Cultural Olympiad.

London Prepares: Hockey
Olympic Park: Hockey Centre, 2 May 2012 to 6 May 2012
The London Invitational Hockey tournament will take place in the Hockey Centre and is part of the London prepares series of test events in London 2012 venues.

Carnaby Shopping Party
Carnaby Street – Retail, 10 May 2012
Enjoy 20% discount in over 100 Carnaby Shops, bars and restaurants in addition to live music, goodie bags and giveaways. Enjoy a complimentary drink at the pop-up bar in Kingly Court.

Meltdown Festival at The Southbank Centre
Southbank Centre, 1 June 2012 to 30 June 2012
Since 1993 some of the world’s most distinguished musicians have been the guest directors of music festival Meltdown. From John Peel through to Massive Attack, via David Bowie, Patti Smith, Morrissey and more, Meltdown has given seminal artists the chance to pick their favourite artists to play and exhibit their work at Southbank Centre.

The Queen’s Diamond Jubilee
Various venues, 2 June 2012 to 5 June 2012
Hang up the bunting and wave your Union Jacks as the Queen celebrates her Diamond Jubilee in London.

Thames Diamond Jubilee Pageant
Various venues, 3 June 2012
Celebrate the Diamond Jubilee along the Thames as hundreds of boats decked out in Union Jack flags float up the river.

Gold at the Bank of England Museum
Bank of England Museum, 22 June 2012 to 10 November 2012
The Gold exhibition will include a rich mix of objects and ideas concerning gold. Gold coins, extremely rare Roman gold bars, historic banknotes (repayable in gold) will all feature along with the story of the Gold Standard and cartoons touching on gold.

River of Music at Trafalgar Square
Various venues, 21 July 2012 to 22 July 2012
The River of Music is a spectacular free event which will take place along the banks of the Thames in July.

London and Partners announced the calendar of events at IMEX America, a trade show for the worldwide meetings, events and incentive travel industry in Las Vegas at the Sands Expo (October 11-13, 2011). 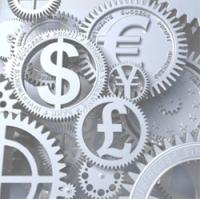