Selected for its commitment to Hispanic hiring, promotion, marketing, philanthropy, and supplier diversity, the Company ranked 26th on a list of 55 companies and secured a spot as the only gaming corporation to rank in this year’s competition.

“On behalf of our 62,000 employees, it is an honor to be recognized by HispanicBusiness Media as a national leader in Diversity,” said Jim Murren, Chairman and CEO of MGM Resorts International. “We consider the inclusion of Hispanic employees in our workforce and Hispanic-owned businesses in our company commerce a priority as a leading company, but also important from a diversity standpoint as it brings substantial benefits by helping us better serve the needs of customers of various backgrounds.”

Among the other well-known companies named to the “2012 Best Companies” list are: Aflac Inc., American Express Co., The Coca-Cola Co., General Mills, and Southwest Airlines.

In 2000, MGM Resorts International became the gaming industry’s first company to implement a voluntary diversity initiative. The Company has since increased its number of Hispanic employees and business partners. Highlights of the initiative relative to the Hispanic community include:

To learn more about MGM Resorts’ Diversity Initiative and its engagement of the Hispanic community, please visit:  http://www.mgmresorts.com/files/company/AnnualCorporateSocialResponsibilityReport2011.pdf. 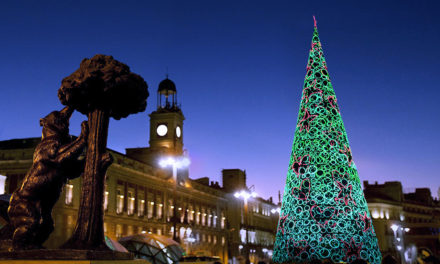