DETROIT, Aug. 20, 2013 /PRNewswire/ — Further demonstrating its leadership in environmental sustainability, MGM Grand Detroit has completed the light-emitting diode (LED) lamp retrofit of its 61-acre parking garage. Cited as one of the nation’s largest LED parking garage makeovers, the three-month installation boasts 3,117 LED lamps and will reduce the garage’s annual energy use by 80 percent at the Four Diamond destination resort.

“As a property fully committed to the fundamental principles of environmental stewardship, we are proud to complete the LED lamp installation and further minimize MGM Grand Detroit’s energy consumption,” said Steve Zanella, President and COO of MGM Grand Detroit. “Like many of our conservation initiatives, this renovation is a win-win for us and the environment. This project reflects our high regard for the planet, but it also ensures that MGM Grand Detroit is meeting our customers’ desire to be more environmentally conscious with their meetings, conventions, and travel.”

LED technology is one of the highest performing, currently available methods of lighting.  Energy savings of 50 to 80 percent are common when compared to the lamps that are typically used in garages.  LED lamps also have much longer operating lives, resulting in fewer materials and transportation resources needed over time. The MGM Grand Detroit LED retrofit, will save enough electricity to power more than 350 average homes per year.

“Implementation of new lighting technologies is an important component of our overall strategy to reduce our environmental impact. We continually explore cutting-edge technologies that maximize savings,” said Cindy Ortega, Senior Vice President and Chief Sustainability Officer for MGM Resorts International (NYSE: MGM), the parent company of MGM Grand Detroit. “After extensive research and testing in the local environment, LED proved to be the best option for reducing energy and costs.”

As a part of the MGM Resorts Green Advantage sustainability platform, MGM Grand Detroit’s newly refurbished parking garage is one of many energy conservation projects underway by MGM Resorts.

Earlier this year, the company initiated a program to install 1,600 induction technology lighting fixtures covering 160 acres of open lot parking area at its resorts in Las Vegas. These lamps are ideal for the hot Las Vegas climate and will have an operating life of up to 20 years.  An estimated 2.7 million kWh will be saved annually following the project’s completion.

Additionally, MGM Resorts recently announced the planned installation of one of the largest rooftop solar photovoltaic arrays in the world at the Mandalay Bay Resort Convention Center. The 6.2-megawatt installation will be MGM Resorts’ first commercial solar project in the United States and will generate enough electricity to power the equivalent of 1,000 homes. 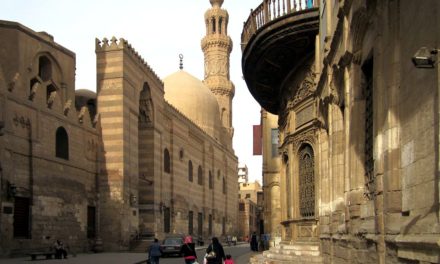 Getting Back to Business in Cairo – A First Timer’s Guide