What You Need to Know About Lisbon

Lisbon is the capital of Portugal and lies on the north bank of the Tagus Estuary, on the European Atlantic coast. It is the westernmost city in continental Europe. Greater Lisboa has an area of approximately 1,000 km2. The city lies more or less in the centre of the country, approximately 300 km from the Algarve in the south and 400 km from the northern border with Spain. Lisboa offers a wide variety of options to the visitor, including beaches, countryside, mountains and areas of historical interest only a few kilometres away from the city centre.

Portuguese is Latin in origin and the third most widely spoken European language in the world. It is the mother tongue of about 200 million people. Portuguese is the official language in several countries: Angola, Cape Verde, Guinea-Bissau, Mozambique, São Tomé e Príncipe in Africa, and Brazil in South America. In Portugal itself a considerable number of people can understand and communicate in foreign languages.

Approximately 600,000 people live in Lisboa. However, if one includes the various satellite towns, the population of Greater Lisbon rises to approximately 1.9 million people.

All numbers for Lisbon and the outskirts of the city begin with 21 and have 6 or 7 additional digits. The country code is 351. (use the country code only when calling Lisbon from another country). There are five different types of pay phones in Lisbon. Four use coins; one uses cards and one type uses both. Calling cards can be purchased at tobacco stores, post offices, news stands and Telecom outlets. For local directory inquiries dial 118. For long distance directory assistance, dial 098.

Portuguese culture is greatly influenced by religion. Although Catholicism predominates, other religions may be freely practiced.

Voltage: 220/380 volts at a frequency of 50 Hertz. All sockets follow European standards. To use American-type plugs, a 220-volt transformer should be used together with an adapter plug.

The unit of currency in Portugal is the Euro €.

In terms of telecommunications, Lisboa offers state-of-the-art technology and can supply a large number of phone lines and other communication equipment in the shortest possible time. Portugal Telecom, the Portuguese telecommunications group, operates with a wide range of technological networks for telephone services, data communications, international and satellite connections, mobile communications and cable TV, thus ensuring ease of contact with the rest of the world.

Opening hours in Portugal are similar to those in the rest of Europe. The visitor has access to all normal services at any time of the day and on all days of the week – not only in Lisboa, but also in the rest of the country. Pharmacies keep the same opening hours as the rest of the shops but, in order to guarantee 24-hour service, some stay open after 7 p.m. Generally speaking, restaurants are open for lunch from 12 noon to 3.p.m and for dinner from 7 p.m. to 10 p.m. Cinema showings begin at around lunch-time, and at some cinemas there are sessions until 2a.m. Theatres and other shows usually start between 9 p.m. and 10 p.m.

U.S. visitors may also calculate time zone changes as follows: time in Lisbon is 5 hours ahead of Eastern Standard Time in New York. (6 hours ahead of central time in Chicago, etc.)

Portugal is attempting to accommodate the needs of travelers with disabilities, but so far progress has been slow. Telephone 213-632-044 two days in advance to reserve disabled parking spaces. Contact Secretariado Nacional de Rehibilitacão Avenue Conde de Valbom 63, 1000 Lisbon telephone: 217-936-517 for information in Portuguese regarding transportation facilities and Lisbon access.

Children under 4 travel free on Portuguese railways and children 4-12 pay half price. Adults over 60 receive a 30% discount.

How to get around

Lisbon is well equipped in the area of public transportation which is run by the state owned company, Carris. The easiest way to get around Lisbon is by the metropolitano (subway) which runs daily from 6:30am-1:00am. Transportation maps are available at subway stations. Tickets can be purchased for a single ride, in sets of 10 or as a 7 day pass. Tickets are available at the stations and from tobacconists and must be validated in a machine in the station before boarding. It is also necessary to have the ticket available at the end of the journey. The best buy is a Lisboa card which is valid for 1-3 days and can be used interchangeably on the subway, bus and rail service to some destinations as well as for admission to museums. Tourist passes for 4-7 days are also available. Either can be purchased at Carris kiosks at Praca da Figueira, Elevador de Santa Justa or Sete Rios. Buses run daily from 6:30am-midnight. Trolleys (eléctricos) are a very pleasant way to travel, but they operate only in a limited area of the city. Funiculars and elevator cars are a popular means of getting from the river level to the upper parts of the city. It is more expensive to travel by bus than by metro (on a single ticket), but the buses cover the most territory They have frequent stops, making them more accessible to tourist attractions. Tickets can be purchased in books of ten at half price.

For information in English

Ferries run by Transtejo link the city with the south side of the Tagus and offer magnificent views of Lisbon. 5am-10pm every 15 minutes. Ferries also run from Belém to Trafaria where passengers can catch buses to the beaches at Caparica. Daily 7am-9pm.

Taxis can be hailed from the street or, for an additional cost, called on the telephone. An illuminated green light on the roof indicates that the cab is available. One green light means that the taxi is charging normal rates; when two green lights are lit, a higher weekend and public holiday rate is being charged.

Flights arrive at Portela de Sacavém International Airport which is only 4 miles northeast of the city. Express bus #91 shuttles between downtown and the terminal. 7am-9pm every 20 minutes. Taxis are also available around the clock. The trip takes 15-20 minutes depending on traffic. There is an extra charge for luggage.

Due to the influence of the Atlantic Ocean, Lisbon has a pleasant climate throughout the year. The agreeable temperatures in the summer months are an open invitation for a walk by the river, or to spend an afternoon in one of the many street cafés to be found all over the city. Although the temperatures may fall somewhat in the autumn and winter months, sunshine is almost always a constant feature.

Note: Traffic drives on the right side of the road in Portugal. Driving in the city center is not advised. There are few parking places (though large underground car parks are being added); traffic signs and warnings (including many one-way notices) are not clearly displayed. Local drivers can be intimidating, and police, while helpful with directions, etc. are strict in applying the rules and will ticket violators. Confusion will not serve as an excuse to avoid a fine. Some roads have three lanes, further adding to the confusion. There is an excellent system of public transportation that is usually preferred over driving by visitors.

Compiled from information by editors of WCT, a division of Travelocity.comLP and VisitLisboa.com. 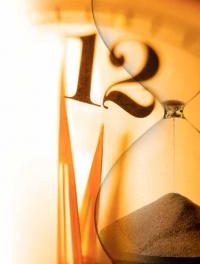 March 2012 Calendar of Holidays and Events

How Do You Plan Green Events?