Entertainment Capital of the World Hosts Biggest Bash in the West with America’s Party 2013 Complete with Rockin’ Countdown, Champagne and Fireworks

LAS VEGAS – Las Vegas is the most electrifying destination to ring in 2013 with spectacular and stunning experiences throughout the Strip corridor and beyond. As world travelers converge on Las Vegas, the destination will play host to a series of fabulous soirees, heart-pounding nightclub parties and concerts with A-list performers. America’s Party will also have one of the largest pyrotechnic firework shows in the world. Las Vegas has something to offer this New Year’s for all types of holiday travelers and revelers, and everyone can book their 2013 celebration by visiting http://www.lasvegas.com/.

The Las Vegas sky will light up as the clock strikes midnight, and celebrators ring in the New Year by watching a stunning fireworks display across the Strip. The dazzling show will be fired from the rooftops of seven resorts along the iconic boulevard: MGM Grand Hotel & Casino, ARIA Resort & Casino, Planet Hollywood Resort & Casino, Caesars Palace, Treasure Island (TI), Venetian Resort-Hotel-Casino and the Stratosphere. The much anticipated America’s Party is hosted by Las Vegas Events (LVE) and the Las Vegas Convention and Visitors Authority (LVCVA) with the fireworks display being produced by world-renowned Fireworks by Grucci of New York.

Music and Sports Legends Will Amaze with Headline Events

The Killers kick off an unforgettable New Year’s Eve weekend at The Cosmopolitan of Las Vegas with the multi–platinum band returning to its hometown to perform for the first time in more than three years. They take the stage on Dec. 28 and 29 at 9 p.m. inside The Chelsea Ballroom with general admission tickets starting at $ 86. In addition, after seven years of being away from Las Vegas, The Red Hot Chili Peppers will perform on Dec. 31 at 11 p.m. inside of The Chelsea Ballroom to ring in 2013 with a special surprise at midnight. Visitors will also be able to see the GRAMMY® award-winning band perform live on the 65-foot digital marquee facing the Strip.  General admission tickets are $ 150.

The Black Keys rock in the New Year with two epic shows at The Joint at Hard Rock Hotel & Casino with performances at 9:30 p.m. on Dec. 30 and 31 with special guest Divine Fits. Tickets start at $ 99.

Pitbull takes over the Pearl Concert Theater inside The Palms Casino Resort on Dec. 28 and 29 at 8 p.m. Tickets to see Mr. Worldwide perform in this intimate setting start at $ 85, and can be purchased by visiting any Ticketmaster location.

One of the best-selling female artists of all time, Celine Dion performs a special New Year’s Eve concert at The Colosseum at Caesars Palace at 7:30 p.m. with tickets available from $ 55 to $ 250 per person.

Partygoers can rock in the New Year with Fremont Street Experience’s Downtown Countdown starting at 6 p.m. with a street party featuring Buckcherry and Queensryche plus special guests Quiet Riot, Pop Evil and Otherwise.  The party lasts all night with performances from six other incredible bands, including local favorites Yellow Brick Road and Zowie Bowie as well as Jizzy Pearl, Rok of Ages, Party Rockers and Brazen.  The Downtown countdown also includes a 2012 year-in-review on the Viva Vision screen, and a midnight countdown led by Las Vegas Mayor Carolyn G. Goodman.

To celebrate the end of 2012 the Riviera Casino & Hotel is going ‘old school’ with two concerts that bring back some of the most popular songs ever performed.  The Boogie Knights will perform music by KC & The Sunshine Band, Rose Royce, The Bee Gees and many more. The party begins on Dec. 29 at 8 p.m. and tickets cost $ 10. Furthermore, two highly entertaining rappers from the 1980s and 90s take the stage on Dec. 30.  MC Hammer will be joined by Tone Loc as the duo performs classic chart-topping hits.  Ticket prices start at $ 34.99 for general admission, $ 49.99 for preferred seating and $ 69.99 for VIP seating.

The South Point Hotel, Casino & Spa will offer a variety of celebrations starting with New Year’s Eve at Noon with impressionist Tom Stevens. Doors open at 11 a.m. and tickets begin at $ 19.  The Spazmatics will host an 80s dance party that begins at 9:30 p.m. and goes all night long.  General admission tickets start at $ 69 per person.  Ronnie Rose will celebrate New Year’s with a Rockin’ Mowtown party inside of the Sonoma Ballroom beginning at 9:30 p.m. Tickets for this throwback celebration are $ 39.  In addition, Frankie Avalon and Wes Winters will host a special dinner and show with a memorable champagne toast as the clock strikes midnight.  Doors open at 8 p.m. and tickets begin at $ 179 per person.

Buffalo Bill’s Resort and Casino in Primm will celebrate New Year’s Eve with soul at the Blues Brothers Bash beginning at 10 p.m. with an open bar. Wristbands are $ 20 per person, and special room packages will be available.

Amped Up Beats Set the Stage for ONLY Vegas Nightlife Celebrations

Toast 2013 with a glass of champagne at some of the hottest clubs in the world.  Las Vegas nightlife is filled with unparalleled sensory immersion experiences, including imaginative cocktails, high-end bottle service and heart-pounding beats that create a unique soundtrack all night long.

SHe will become the newest nightlife and dining destination on the Strip located inside the ultra-luxe Crystals in CityCenter.  As the only nightlife venue set to host its grand opening celebration on New Year’s Eve, the upscale, art-deco inspired boutique hotspot will be sure to astound everyone.

TAO Las Vegas at Venetian Resort-Hotel-Casino will ring in the New Year with hip-hop sensation, J. Cole. LAVO Las Vegas inside Palazzo Las Vegas will play host to one of the sexiest parties on the Strip with GRAMMY® award-winning artist Brandy.  Revelers will be able to enjoy a premium open bar from 9-11 p.m. and a champagne toast at midnight.

Marquee Nightclub & Dayclub at The Cosmopolitan of Las Vegas starts the New Year’s Eve weekend with ATB on Dec. 28, Kaskade on Dec. 29, AVICII on Dec. 30, and Benny Benassi hosting the biggest bash on New Year’s Eve. The Italian superstar will take to the turntables and draw crowds from around the globe with his infectious beats.

There’s also four nights of celebration at XS, the ultra-sexy nightclub at Encore at Wynn Las Vegas. Tiesto kicks it off on Dec. 28, followed by Steve Angello with Third Party on Dec. 29. Deadmau5 takes over the celebration on Dec. 30 with AVICII playing into 2013 on New Year’s Eve.  At Surrender, also located inside of Encore, will showcase an array of talents, including Scottish singer, songwriter, DJ and producer Calvin Harris performing on Dec. 29. Electric dance music (EDM) artists Skrillex will mix beats on Dec. 30 and Eric Prydz will take center stage on Dec. 31.

N9NE Group Las Vegas will throw several bashes that partygoers won’t want to miss inside The Palms Casino Resort. Questlove and DJ Jazzy Jeff will get the crowd going at Moon Nightclub on Dec. 29. Kelly Rowland hosts a dynamic evening at Rain Nightclub also on Dec. 29 with the club’s big bash on Dec. 31 with Travis Barker & Yelawolf acting as the New Year’s Eve grand marshals. Also making its debut earlier in the month will be Scarlet, N9NE Group Las Vegas’ newest and most sophisticated venue at the Palms.  Scarlet will offer an elaborate mixology program with an intimate atmosphere and a select libation menu featuring top-shelf liquors, unique infused spirits, exclusive signature cocktails and much more.

Hyde Lounge at Bellagio will celebrate its one-year anniversary and ring in the New Year with a star studded black-tie event.

New Year’s Eve celebrators can also visit Downtown Las Vegas for some of the hottest parties off the Strip at Insert Coins, Vanguard Lounge, Downtown Cocktail Room and Commonwealth just to name a few.  Commonwealth will bring an inviting new social scene to Fremont East with a cocktail bar inspired by pre-Prohibition era design complete with its very own backroom speakeasy. A rooftop bar offers patrons an experiential setting for unforgettable live music.

Collective Zoo will transform the Sky Combat Hanger at the Henderson Executive Airport to host the ultimate black tie "The Great Gatsby" themed bash.  Partygoers will harken back to the roaring 20s where glitz and glamour ruled.

Las Vegas is one of the culinary capitals of the world, home to a spectacular collection of celebrity chefs and more Master Sommeliers than any other place in the country. New Year’s Eve is a wine connoisseur and restaurant aficionados dream come true. Many of the best restaurants and bars in the destination will feature special menus and VIP dining events. Whether chef and culinary devotees come for the scene, the entertainment, to relax or to celebrate; only Vegas can satisfy everyone’s expectations and demands.

Wynn Las Vegas will host an exclusive New Year’s Eve soiree in the Lafite Ballroom starting at 9 p.m. Reserved seating for the exclusive affair is $ 500 per person, which includes a special holiday menu.  In addition, the evolution of Las Vegas nightlife takes an exciting culinary turn with the Dec. 28 opening of Andrea’s, a unique new dining concept at Encore at Wynn Las Vegas.  The restaurant debuts an alluring style of "vibe dining," combining a restaurant and nightlife experience into one environment. The addition of Andrea’s will become the first Wynn Las Vegas restaurant to be fully integrated into a nightclub.  New Year’s specialty menus will also be planned at Lakeside, Wing LEI, The Country Club, Mizumi and Sinatra.

Caesars Palace will be offering a variety of dining experiences for New Year’s Eve, including the perfect place to countdown to midnight. Starting at 10 p.m., guests should arrive at Serendipity 3 to claim their seat at this Strip-side hotspot. Champagne and party favors are available for $ 50 per person. Inside, Payard is serving up their signature Grandiose for $ 50, which is garnished with dehydrated lemon, caviar and edible flower and gold flake.

Inside the Luxor Hotel and Casino the party gets started at Tacos & Tequila with the ladies of FANTASY stopping by on New Year’s Eve. They’ll be handing out complimentary Patrón tequila shots for all partygoers at 9 p.m. Rice & Company guests will be able to enjoy the New Year sushi roll while sipping on a glass of champagne. At nearby TENDER Steak & Seafood, the restaurant is offering steak, lobster and champagne specials.

miX Lounge at THEhotel inside Mandalay Bay will offer guests a front row seat to the fireworks spectacular.  Located on the 64th floor of THEhotel, the sexy and sophisticated restaurant and ultra-lounge will provide a pre fixe three-course menu complete with champagne, along with indoor and outdoor dining options of the incomparable fireworks display.

Social House, the Pan-Asian restaurant inside Crystals at CityCenter, will prepare an eight-course tasting menu for $ 125 per person from Executive Chef John Chein. Diners will enjoy the complete experience with unrivaled décor, an exuberant vibe and delightful cuisine.

Bacio located at Tropicana Las Vegas will host a New Year’s prix fixe four-course menu starting at 5 p.m., served with a glass of champagne for $ 66. For $ 94, guests can dine at Biscayne Steak, Sea & Wine and enjoy a five-course prix fixe menu also starting at 5 p.m.

Downtown Las Vegas’ newest eatery Park on Fremont will host its grand opening celebration on New Year’s Eve.  The ultra-chic hotspot will be the perfect place to enjoy a specialty cocktail or nosh in the uniquely New York City inspired beer garden.

Photos and video of New Year’s Eve events are provided by the Las Vegas News Bureau. To download: register at our Media Center at http://br.thenewsmarket.com/lvcva.

The Las Vegas Convention and Visitors Authority (LVCVA) is charged with marketing Southern Nevada as a tourism and convention destination worldwide, and also with operating the Las Vegas Convention Center and Cashman Center.  With 151,000 hotel rooms in Las Vegas alone and 10.6 million square feet of meeting and exhibit space citywide, the LVCVA’s mission centers on attracting ever increasing numbers of leisure and business visitors to the area.  For more information, go to http://www.lvcva.com/ or http://www.lasvegas.com/

Tourists are cordially welcome to Berlin 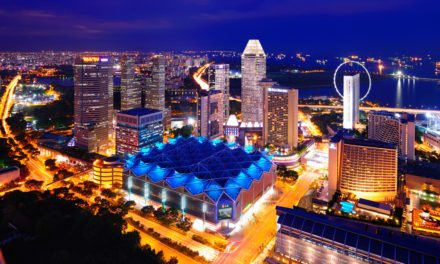 Singapore Meetings and Events for 2013