On the 27 July, the first day of the London 2012 Olympic Games, Czech President Vaclav Klaus arrived at the Czech Republic Olympic House, based at the Business Design Centre in Islington, amidst a throng of media interest.

He made his way up the driveway, stopping in awe at the sight of an iconic red London double-decker bus with hydraulic arms protruding from either side. The arms raised the bus up onto its hind wheels and then lowered it back down at intervals, as if to salute the House’s first VIP guest.

The temporary installation was designed by controversial Czech artist David Cerny and became one of the defining images of the Czech Republic’s presence at London 2012.

President Vaclav Klaus, followed by a scrum of photographers, then entered the exhibition and conference centre, which the Czechs say is reminiscent of the Vinohrady Pavilion or the Palace of Industry in Prague.

He was met by Czech NOC Vice President Jiri Kejval, who gave him a tour of the Olympic base, open each day to the public so that everyone could celebrate medal success, watch the Games, rub shoulders with athletes or soak up the Czech hospitality.

Much to the delight of the photographers, President Vaclav Klaus’ first stop was to shoot a basket on the basketball court, which engulfed the ground floor.

He then climbed the staircase to the mezzanine level and was shown an exhibition of 30 canvases of Olympic art by artist Michael Rittstein.

Finally he arrived at the purpose-built television studio, complete with audience seating, where just another of the many live interviews he would face during his time in the UK capital for the Games was about to take place.

As President Vaclav Klaus went about his tour, Czech athletes, supporters, tourists and locals drank Pilsner at the bar, whilst a Czech film played on a curved screen that wrapped around three quarters of the venue’s mezzanine level.

Upstairs on the balcony, visitors enjoyed the view from their tables at the Czech restaurant.

Business Design Centre, Chief Operating Officer, Graham Stephenson says: “We’d been working on this project with the Czechs for over three years and it took ten days to build. During Games time we hosted a wide variety of Czech film, music and sporting events and had many special sporting and non-sporting guests who followed in the President’s footsteps.”

Visitors to Czech House included Usain Bolt and Lord Sebastian Coe, along with modern pentathlon gold medal winner David Svoboda and Mirka Knapková, who won her country’s first gold medal at London 2012 by being victorious in the women’s single skulls.

Asians want to travel to Berlin: German capital is destination #1 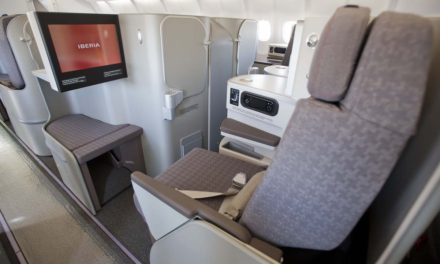 7th annual Eventex Congress to be held in Sofia, Bulgaria in February 2015