Business travel pricing for 2012 is expected to vary depending on region and location. The highest increases are expected in Asia-Pacific and Latin America. This, according to the American Express Global Business Travel Global Forecast.

The annual Global Forecast, which has been produced for more than two decades, includes more than 2,200 individual predictions, including 136 air pricing predictions globally by type of flight and class of service; 932 country, regional, and city hotel rate predictions by mid-tier, upper tier, and overall property averages; and 35 country and regional ground transportation predictions on base rates and average daily rates expected to be paid worldwide next year.

“The travel industry remains a complex and ever-changing marketplace as it seeks to regain both pre-recession pricing and profitability levels in the face of economic anxiety,” said Christa Degnan Manning, director of EXPERT INSIGHTS research, American Express Global Business Travel. “As business travel is both an essential part of global economic performance as well as an enabler of business growth, we expect the combination of demand and effective travel supplier yield management to likely push rates business travelers pay up across the board in 2012.”

American Express expects steadfast capacity restrictions by suppliers will likely boost airline prices, even in the face of a potential economic slowdown, resulting in average low to middle single-digit growth in contracted rates for businesses next year.

Notably, business class airfares are expected to see the greatest increase in 2012 as airlines take advantage of business travelers needing to be on the road to secure new accounts and market expansion where opportunities exist. These increases will likely be true even if consumers opt to stay home in the face of a potential double-dip recession in Western markets as travel suppliers target business people with the classes of service and productivity-based amenities preferred by the frequent traveler community.

“To mitigate price increases in hotel in 2012, travel managers could benefit from benchmarking rates by property tier and city as supply pipelines and travel demand vary by location,” continued Manning. “Buyers should also carefully calculate and measure the value of employee productivity-enabling services provided by hotels such as Internet connectivity and business center usage, as hoteliers increasingly seek to remove these from contracted rates to drive their own revenue-generating opportunities in the face of low base rate gains next year.”

Car rental rates in North America are expected to remain flat as a result of a highly competitive marketplace and excess capacity.

“2012 is the year to aggressively target car rental contract negotiations as it promises the best opportunity for year-over-year savings in travel category management,” added Manning. “Similar to air and hotel, car rental companies are seeking to recoup average daily rate declines of the past few years with additional fees and services, so companies should particularly pay attention to mitigating those costs in ground transport by clarifying policies and educating their traveler populations on which expenses will be reimbursed.”

Persistent economic anxiety underlies average low single-digit EMEA airfare predicted increases. However, travel volumes and capacity will likely vary throughout the region and result in a range of pricing changes, particularly by type of flight. For instance, long haul and business class travel is expected to see relatively higher increases over short-haul and economy as European business people go abroad to Asia and Latin America to capitalize on growth opportunities in emerging markets.

For corporate hotel rates in EMEA, the region is likely to see conservative increases; however, there will likely be declines in markets like Spain and Greece that are enduring particularly challenging economic conditions. This year the Global Forecast includes details for both upper-tier and moderate properties across 400 European, Middle Eastern and African cities, 273 more EMEA cities than included in the Global Forecast in years past.

The combination of several strong economies in Latin America and consolidation among regional carriers is expected to push airfare higher overall for the LATAM region. However, country-to-country factors such as inflation and foreign exchange rates greatly impact expected pricing between destinations.

The LATAM hotel market is similarly bolstered by strong economies and is projected to have moderate increases at both mid-range and upper-range properties. Hotel occupancy and pricing for the region are primarily influenced by the strength of business hubs including Buenos Aires, Mexico City, Santiago, and Rio De Janerio.

The APAC region continues to be a relative bright spot in an otherwise uncertain economic picture globally, and is expected to lead in business travel demand. As such, airfare is expected to increase significantly in the region on top of considerable jumps in prices paid in 2011.

“Overall the Asian market appears to be poised to continue on its growth track, and business travel activity is expected to remain strong as companies within the region and across the world send travelers there to capitalize on its economic expansion,” said Manning. “Accordingly, airfare in Asia Pacific is generally expected to rise next year, especially for long-haul flights.”

As with airfare, the increased volume of travelers in the Asia Pacific region, coupled with constrained capacity, is resulting in increased hotel rates. However, pricing fluctuations impact Asia Pacific as they do the rest of the world, with expectations for declines in some cities based on location-specific conditions. For example, Shanghai has abundant capacity, having added significantly for Expo 2010, so will likely see price declines.

“As more and more companies understand the importance of putting people on the road and its criticality to converting prospects, retaining clients, and ultimately driving growth, particularly in emerging nations, we expect to see travel prices go up,” Manning said. “As travel suppliers have learned their lessons of the past two recessions and add capacity carefully, managed travel programs have to help companies strike the balance between increasing budgets to keep up with price hikes and business opportunities while reviewing policies and tools to most cost-effectively support the productivity and engagement of employees needing to hit the road next year.” 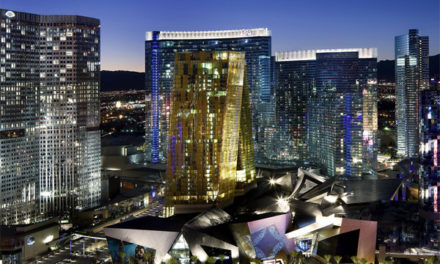