Business Travel Critics Not Invited to 2010 Meetings and Events

Last year, many organizations canceled their planned business travel, meetings and events. While it’s understandable that tough decisions must be made when facing financial pressures – and 2009 certainly had its share of those, it’s more concerning that many of these choices were made in response to unwarranted political attacks, biased media coverage and subsequent public disapproval.

The result was an unprecedented decline for the U.S. business travel industry: 2009 business travel budgets were slashed by 20-40%, including meetings. These cuts severely impacted employment and tax revenue around the country because travel and tourism is in the top three industries for states.

The business travel industry responded with third party studies that demonstrated a measured return on investment (ROI) to quiet the critics, and now there’s a general impression that many organizations were too reactionary when they canceled business travel.

“If a company’s competitor continued on with its own program, they ended up gaining market share,” explains Chris Meyer, CEM, CMP, vice president of sales for the Las Vegas Convention and Visitors Authority. “You have a self-actualization going on at corporations that – at a whimsical stroke of a decision – knocked out their future events without looking at the collateral damage it caused. And a lot of folks are realizing that it cost sales.”

What should we learn from this?

Although many meeting and event planners agree with this idea, nearly two-thirds say that they are now focused on the basic tactics: tighter budget controls, possible staff reductions and fewer resources. This, according to FutureWatch 2010, a survey of 1,832 meeting professionals by American Express and Meeting Professionals International (MPI).

And while there’s certainly room to focus on value and quality over frills, extras and special deals, organizations should avoid implementing radical changes to previously successful business travel strategies.

That’s because for every dollar invested in business travel, businesses experienced an average US$12.50 in increased revenue and US$3.80 in new profits, according to a study by Oxford Economics in 2009. It also revealed that roughly 40 percent of prospective customers are converted to new customers with an in-person meeting.

About US$246 billion is spent in business travel in the U.S. – money that is spent in communities with hospitality taxes and services that directly and indirectly stimulate employment and local economies.

Combined, these benefits reinforce the importance that meetings and events provide a strong ROI for the organizations that host or participate in them, as well as the communities and suppliers that deliver the needed services.

Roger Dow, president and CEO of the U.S. Travel Association, agrees. “Business travel is economic stimulus. In order to grow, businesses have to invest. This research shows that face-to-face meetings and incentive awards to top performers are among the smartest investments companies can make,” Dow explains.

But it seems that corporate finance departments may still be cautious when it comes to implementing their 2010 business travel plans.

According to data from MPI’s FutureWatch 2010, a larger share of meetings will be located closer to home, as proximity and practicality take precedence over a destination’s unique features or available airlift. U.S. planners are projecting that they are expected to organize 21% more meetings this year and reduce overall costs for those programs.

The study also shows that a significant drop in international or trans-oceanic travel is likely this year. 80% of U.S. meetings are expected to stay local in 2010 vs. 61% in 2009. And this trend isn’t limited to the U.S.: organizations based in Europe, Middle East, Africa and Canada are also increasing local meetings.

However, local may not always be the best choice. “I know one multinational corporation that postponed its sales meeting in favor of a virtual meeting in 2009,” Meyers says. “It was 90% less expensive, but the ROI was not there. There was almost a backlash among the salespeople. They felt that they didn’t get the opportunity to learn and network with each other.”

Perhaps for inspiration organizations should look to the U.S. State Dinner held in honor of Prime Minister Manmohan Singh and his wife Gursharan Kaur of India in November. Despite record deficits and budgetary shortfalls, the White House hosted an event that included nearly four times the typical guest list and likely spared no expense to create a lavish, outdoor gala.

Okay, meetings are rarely so extravagant, but certainly some lessons may be learned from that decision. 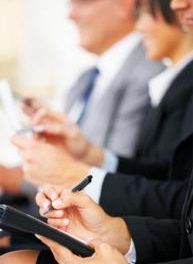 How to Find a Venue for Meetings and Events 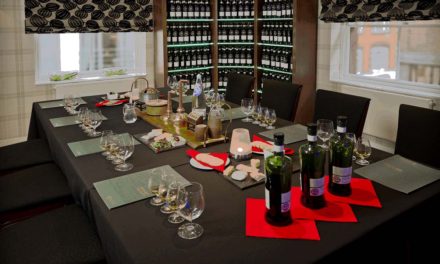