At the conclusion of AIBTM, show organizers announced a new name and format for next year’s proram.

The name will change to IBTM America 2015, as the show is rebranded and transformed for the American market.  The concept?

For exhibitors, IBTM America will remove the costs associated with exhibiting at a trade show by standardizing its exhibitor space into a turnkey solution. The format will be a pod design, completely integrated in an exhibitor meeting space. This will allow for a level of privacy between meeting planners and suppliers.

Show organazers explained that it has received feedback from exhibitors and others in the industry to prioritize time for a greater focus on holding businss discussions, and to do this in the most cost effective way.

IBTM America 2015 will have a 1-1 ratio of planners and suppliers. Exhibitors will pay one price for a modular booth design ready on arrival for them to start their business of meetings.

IBTM America will limit the number of supplires and planners to 250 each. To put the change into context, AIBTM this week had roughly 500 suppliers and 1200 meeting planners. The exhibitors will be from all sectors of the MICE market and will be split 60% US and 40% international.

Show organizers explained that they will work closely with both suppliers and planners to ensure the right mix of business priorities at next year’s show. As for the other planners, they are likely to be channeled to the other related IBTM event locations and programs which are hosted regionally around the globe, including Africa, Australia, China, Europe (global program), the Gulf and India.

“We have created IBTM America to be a brand new trade show experience. It’s exclusive and private, similar to the two successful launches of the table-top 1-1 mutual match event concept with both IBTM India and IBTM Africa.  While we are in the early stages of design, we have extended the creative concept from a table top to a private booth with branding space that ensures an intimate environment, and a turnkey solution, that gives both buyers and sellers a focused face-to-face meeting space. Having received excellent industry feedback for this new trade show concept, we are excited about the opportunity it gives our customers in the US,” says Sallie Coventry, Portfolio Director, IBTM Global Events Portfolio.

“IBTM America will now give the US meetings industry its own niche event that is focused on the business of meetings, no distractions, no time-wasting, and enabling both buyers and sellers to have their own community in one place for 2 days,” concluded Coventry.

IBTM America will take place in Chicago in June 2015, but the exact location is still under consideration. 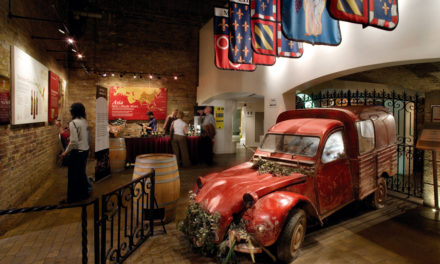