LAS VEGAS – From the archives of the Las Vegas News Bureau comes a rare look at Downtown Las Vegas as it appeared in the 1950s. Photographs of hotels, local businesses and storefronts comprise this unique collection now on display at The Mob Museum.

While inside one of the city’s most historic buildings, guests of the Museum will be privy to the "Fabulous Downtown" exhibition beginning October 29 in a special room on the third floor. Access is included in the normal ticket price to The Mob Museum.

The photos, a majority of which show buildings still standing and in existence, will guide guests through the various economic shifts and population increases Las Vegas has experienced through the years. The Mob Museum, seen from its days as a federal courthouse and U.S. Post Office, is also part of the exhibition.

"The Mob Museum is an excellent venue for the News Bureau to showcase its collection of images of the neighborhood businesses in the heart of downtown in the 1950s," said Lisa Jacob, senior manager of the News Bureau, which is operated by the Las Vegas Convention and Visitors Authority (LVCVA). "We are proud to have a dedicated presence in the Museum’s gallery and to have contributed a variety of historical video and photography from our archives which are featured throughout the Museum’s exhibitions and presentations."

In 1947, the Las Vegas Chamber of Commerce established the News Bureau to promote Las Vegas as leisure destination through photography. At first, the staff took pictures of tourists dining or getting married and then sent the photos back to the visitors’ hometown papers for publication – a technique that proved fruitful in small towns across the states. It wasn’t long before the News Bureau’s photographers were photographing entertainers, visiting dignitaries and community events. Images were transmitted around the world, helping drive the publicity machine for Las Vegas. The LVCVA acquired the News Bureau in the early 1990s. Today, the News Bureau is an integral part of the LVCVA’s marketing efforts, photographing current events and sharing its archives with the community through exhibitions. "While the current day revitalization is incredibly exciting, it is imperative we continue celebrating the city’s history," said Jonathan Ullman, executive director of The Mob Museum. "This exhibition offers a unique glimpse into our past."

The 41,000-square-foot Mob Museum includes approximately 17,000 square feet of exhibition space on three floors in addition to a specialty retail store, special event areas, educational areas and office space. Admission is $ 19.95 for adults ages 18 and over; $ 13.95 for children ages 5 to 17 and students ages 18 to 23 with ID; additional pricing options are available for seniors, military, law enforcement, teachers and Nevada residents. Museum hours are Sunday through Thursday from 10 a.m. to 7 p.m.; and Friday and Saturday 10 a.m. until 8 p.m.

About The Mob Museum
The Mob Museum is a world-class destination in downtown Las Vegas dedicated to the thrilling story of organized crime and law enforcement. It presents an exciting and authentic view of the Mob’s impact on Las Vegas history and its unique imprint on the world. True stories of Mob history are brought to life in a bold and contemporary style via engaging exhibits, high-tech theater presentations and iconic artifact displays. For more information, call 702-229-2734 or visit www.themobmuseum.org. Connect with us on Facebook: http://www.facebook.com/themobmuseum and on Twitter: @TheMobMuseum. Awards include "Best Museum" in Nevada Magazine’s 2012 Best of Nevada Readers’ Survey, "Best Place to Take Tourists" in Las Vegas Weekly’s 2012 Weekly Awards, a 2012 "Best of City" Award from Vegas Seven and "Uncommon Travel Gem" in AAA’s Home & Away Magazine 2012 October Issue.

About the Las Vegas News Bureau
For 65 years, the Las Vegas News Bureau has captured the sights and sounds of the world’s leading destination like no one else, and has played a unique role in promoting Las Vegas by documenting unforgettable images on film. Over the years, the News Bureau has amassed one of the most comprehensive photographic and video collections showcasing the history of Las Vegas.
The archive includes superstar entertainers and sports figures, world-class concerts and special events, and the ever-evolving skyline. Classic images include "Miss Atomic Bomb" and the classic "Floating Craps Game" shot at the Sands in1953, as well as video of Elvis Presley, Liberace, the Rat Pack and other Las Vegas icons. Today, the Las Vegas News Bureau plays an important role in supporting the marketing efforts of the Las Vegas Convention and Visitors Authority. For more information, please visit www.lvcva.com. 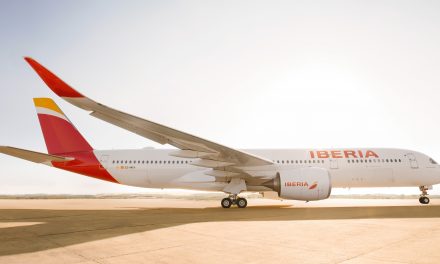