London is building excitement and facilities for the 2012 Olympic Games, and its Olympic investments should translate to long-term value for the international business travel and meetings markets.

“Historically, organizers of international conventions have shown some reluctance to stage their events in London due to the lack of facilities and support from the city,” admits Anna Golden, commercial director for Earls Court & Olympia Venues, which will host the Olympic volleyball tournament. “The more high profile events that we stage in London the greater its profile as a world class business destination… Simply playing host to the greatest event on earth will create an undeniable legacy for our city and for the venues associated with the Games.”

In addition to the new Olympic village, many of London’s existing event venues will host Olympic tournaments, including ExCeL London, Lord’s Cricket Ground, Wimbledon and others. London is also modernizing its transportation system, hotel inventory will increase to 120,000 rooms, and new facilities will remain for meetings and congresses as part of its Olympic initiatives.

When considering destinations that can help them achieve their business goals, that’s what business travelers and meeting organizers want to hear. Venues, transportation and cost issues also matter in that selection, says Chris Gaia, vice president of marketing at Maritz Travel, Fenton, MO.

Despite the 2009 global downturn in business travel and tourism, London was able to manage this challenge better than other international destinations through an increase in its leisure and domestic travel markets.

In fact, London’s overseas visitors were down only 4.6% in 2009 vs. 2008. That’s good news because the combination of a stable hospitality industry and local commitments to business travel will build confidence with those who are making business destination choices.

North America is an important region for London because it represents 15% of London’s visitor base. And U.S. travelers were London’s largest market in 2009: 1.8 million visitors spent GBP 1.4 billion (roughly USD $2.1 billion). Business travel has historically accounted for about 30% of total travel revenue in London.

Plenty of organizations are planning on holding their business travel meetings and events in London both pre- and post-Olympics, says Chloe Couchman, spokesperson for Visit London.

Perhaps an important benchmark was set last fall when GASTRO 2009, a global collaboration of four organizations for gastroenterology, was held in London. It was the city’s largest event ever: almost 14,600 participants.

Some U.S.-based international associations are also crossing the pond. For example, the International Downtown Association, Washington, DC, will host its world congress at the Queen Elizabeth II Conference Centre in June. The Society for Pediatric Radiology, Reston, VA, will hold its international conference in May 2011 at the Hilton London Metropole Hotel. And the International Association of Women Judges, Washington, D.C. has chosen London for its bi-annual conference in May 2012 at the Church House Conference Centre in Westminster.

Because associations tend to plan two to three years in advance, it seems that now is the time when decisions to host meetings in London after the 2012 Games is just beginning. The International Communication Association, Washington, DC, announced that it will hold its annual conference there in June 2013.

London is also on a short list of destinations under consideration by the World Federation of Neurosurgical Societies (Nyon, Switzerland) for a future world congress.

England is also trying to maximize London’s Olympics status in its bid to host the FIFA World Cup in either 2018 or 2022.

London’s Value for the Currency

The toughest challenge when choosing an international business destination is predicting the cost of doing business. However, exchange rates are currently optimistic for the U.S. Dollar and/or Euro vs. the Pound Sterling, but that’s volatile.

“When you have favorable exchange rates as in the current environment, it does indeed open international destinations to the market as potential meeting destinations, especially when considering international vs. domestic,” Gaia says.

Even so, don’t expect many venues in London to accept even greater level of risk by locking in today’s exchange rates based on other currencies, says John Eissler, national account director/ADOS corporate accounts at Freeman, Dallas, TX. That would expose them to an unacceptable level of risk.

2010 Calendar of Holidays for International Business Travel and Events 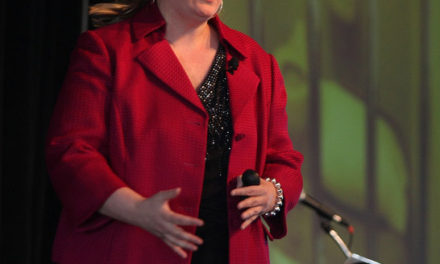