The two-storey brand experience built on the roof overlooking the Olympic Park was created by agency George P Johnson. It remained open for five months from April so that around 13,000 invited guests could discover how Cisco is transforming businesses around the world.

As part of the experience, guests could explore some of Cisco’s latest technologies. They were then treated to a show where Stephen Fry in 3D explained how technology has evolved and the part that Cisco has played in that evolution.

“The House was all about what Cisco makes possible rather than what Cisco makes. So, much of the installed hardware wasn’t even on view. Instead, we adopted the theme of London and took visitors on a journey of discovery,” says Ian Symes, Cisco Marketing Director, UK, Ireland & London 2012. “We also used the House to encourage youngsters interested in the declining workforce areas of Science, Technology, Engineering and Maths. We have a skills network academy programme for 11-14 year olds so many of the kids came through and experienced the technologies for themselves.”

Some of the technologies featured included a virtual dressing room and ‘Minority Report’-style virtual presenting. The House also showcased the technological ecosystem that is created when the house’s five other sponsors – intel, Schneider Electric, EMC, SAP and Citrix – come together.

“We looked at over 170 different locations before deciding on Westfield Startford City,” continues Symes. “As soon as we visited, it was the most obvious location and possessed the most stunning of Olympic views. We also needed somewhere with a capacity for 250 and within easy access of Soho Hotel, where many of Cisco’s employees and guests would be staying for the duration of the Games.”

As the official network infrastructure supporter for London 2012, Cisco helped to make it the most connected Games ever. With Cisco House, the company also played a large part in London’s legacy promise to inspire future generations. 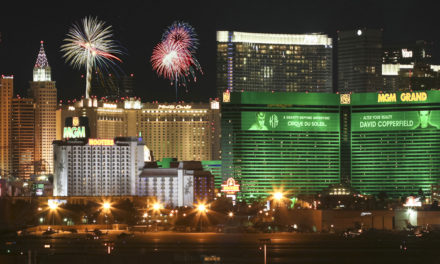