The Society of London Theatre, which represents the major theatres in Central London, has said in a statement that they will cooperate fully with the authorities to reassure the public that their theatres are safe. All other London theatres apart from the Apollo remain open for normal business today.

The Mayor of London Boris Johnson says: “This was clearly a terrifying incident for everyone involved and my thoughts are with all of those caught up in the ceiling collapse. The emergency response, in particularly confused and trying circumstances, was rapid and the co-ordination between the Metropolitan Police, the London Ambulance Service and the London Fire Brigade was exemplary. I’d also like to pay tribute to the London bus drivers who ferried the injured to hospital, the hospital staff who dealt with a large influx of patients, and the doctors and crew of the London Air Ambulance.

“This morning I spoke with senior figures from the emergency services and key agencies to assess the situation and to thank them. I would stress that although it is too early to say what caused this collapse, and whilst this was a serious incident, London’s world renowned theatre land is open for business and thousands of theatre goers will rightly be out and about tonight and over the weekend. Westminster City Council and the Society of London Theatre have assured me that all safety checks for the West End’s historic theatres are up to date, but, as a precaution, further checks have already started and will continue throughout the day.”

Andrew Cooke, Chief Operating Officer at London Partners, the Mayor’s promotional organisation for London, says: “This is clearly a very serious incident and our thoughts are with those injured or affected. We would like to reassure visitors that incidents like this are extremely rare. Every year millions of tourists enjoy the experience of London’s renowned theatrical and musical performances and last year alone 14 million people attended the theatre in the capital. We welcome the fact that London theatres have said they will cooperate with authorities to reassure the public that venues are safe and we are confident that they will continue to delight and entertain millions of visitors in the future.”

A spokesperson from the Society of London Theatre says: “On behalf of London’s theatre industry, our thoughts and sympathies go out to everyone who was injured and affected by last night’s incident at the Apollo Theatre.

“We would like to praise the emergency services for their calm and rapid response and all the theatre staff on Shaftesbury Avenue for their professional and compassionate handling of the situation.

“The exact cause of the incident is still being investigated and the theatre owners, Nimax, are working closely with the relevant authorities to establish exactly what happened.

“Our theatres entertain over 32,000 people in central London every night and all theatres take the safety of their audience, performers and staff very seriously.  Every theatre undergoes rigorous safety checks and inspections by independent experts, and incidents like last night are extremely rare.

“At a meeting today all the major theatre owners have confirmed that their safety inspections and certificates are up to date, and will co-operate fully with the authorities to reassure the public that their theatres are safe.  All other London theatres remain open for business today and in the coming weeks.

“Performances of The Curious Incident of the Dog in the Night-Time have been cancelled on Friday 20th and Saturday 21st December.  Customers should contact their point of purchase to arrange exchanges or refunds.  The National Theatre and Apollo Theatre will advertise details regarding the future status of performances once this is known.

“In order to help audiences, ticket holders can come to the Industry-run ticket booth TKTS in the clock tower at Leicester Square this weekend, and can choose another show for free on presentation of their ticket for tonight or Saturdays’ performances of The Curious Incident of the Dog In The Night-Time.” 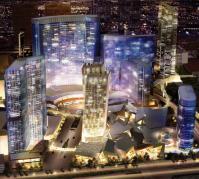 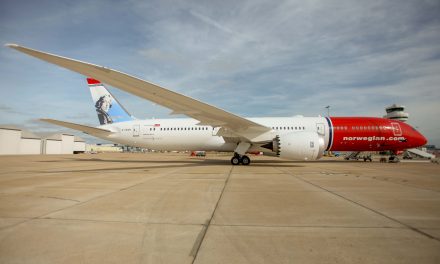