The 25 teams from around the world that will contest this year’s Prudential RideLondon-Surrey Classic were announced today. The event, part of the Mayor of London’s multi-award winning annual festival of cycling, includes 10 teams currently competing in the Tour de France with squads from a total of 12 nations in the line-up.

The six-rider teams will tackle the 200-kilometre route, starting from Queen Elizabeth Olympic Park at 13:00 on Sunday 10 August, that includes multiple circuits in the Surrey Hills and additional sections of the 2012 Olympic Road Race Route, such as the climb of Staple Lane over the North Downs near Guildford.

Eight UCI ProTeams from the top level of the sport will compete, including the world number one ranked team Omega Pharma – Quick-Step team of Mark Cavendish – who is recovering from surgery following his crash in the first stage of the Tour de France.

Three further teams from the world’s top 10 – BMC Racing, Belkin Pro Cycling and Team Sky – will also compete, along with MTN Qhuebka, the leaders of the UCI Africa Tour classification, and four of the top 10 squads from the UCI Europe Tour standings.

“We have attracted a strong line-up and an excellent combination of teams, some of whom will be working towards a sprint finish while others will be looking to animate the race and ride aggressively. This year’s route changes, with the double climb up to Ranmore Common, will favour a more aggressive strategy and mean the race is not certain to come back together as a bunch sprint on The Mall,” said Mick Bennett, Prudential RideLondon-Surrey Classic Race Director.

“Following the Tour de France and Commonwealth Games, interest in cycling has never been higher, and the Prudential RideLondon-Surrey Classic is another chance for fans to get close to the world’s top teams.”

The race will be covered live on BBC1 and shown internationally in more than 160 countries worldwide.

The complete list of teams that will be competing in the 2014 Prudential RideLondon-Surrey Classic is:

As the most anticipated event of the Prudential RideLondon weekend, Londoners, visitors to the capital and Surrey residents are expected to turn out in force to see 150 of the world’s top men race over an extended, tougher route in this 1.HC status UCI classified race (the second-highest international classification). The event will bring the weekend to a thrilling conclusion.

Held for the first time in 2013, Prudential RideLondon immediately set new records as it became the largest inaugural mass-participation event in the world with 66,000+ participants and raised more than £7 million for charity, making it the largest charity cycling event in the UK. An unprecedented 99 per cent of participants rated the event good or excellent and the festival has won seven national awards.

2. Prudential RideLondon is a world-class weekend cycling festival developed by the Mayor of London, Transport for London and London Partners in partnership with Surrey County Council and is sponsored by Prudential. The event is managed by the London Surrey Cycling Partnership.

3. The inaugural Prudential RideLondon in August 2013 has won a total of seven national awards to date:

•    2013 Cyclosport Industry Award, given for an outstanding contribution to the cycling industry 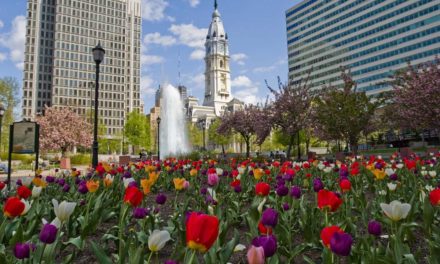