New York-New York Hotel & Casino Launches New Website; Invites Guests To “Be a Part Of It” And Share Vegas Stories

LAS VEGAS, Sept. 19, 2012 /PRNewswire/ — New York–New York Hotel & Casino is full of stories waiting to happen and is inviting guests to share their most memorable moments and also enter to win one of three thrilling getaways on the newly launched website nynystories.com.

The site invites visitors to tell their Vegas tales and upload photos from recent experiences at New York-New York; so instead of just writing home about it, they can share it with the world.

While exploring the new site, guests can check out a series of webisodes and enter a sweepstakes to win a memorable Vegas vacation. Each webisode offers a customized sweepstakes package so visitors can choose their own adventure. But be warned, these clips are cliffhangers! You’ll have to stay tuned to nynystories.com to see how they end.

All visitors to nynystories.com are eligible to enter the sweepstakes upon viewing the webisodes now through January 4, 2013. No purchase is necessary. Guests must be 21 years or older to enter the sweepstakes and redeem their winning package. The grand prize drawing will take place on or about January 7, 2013 and winners will be notified within seven days. All contest rules can be found at nynystories.com/sweeps/sweepstakes-rules.aspx.

Inspired by the famous energy and landmarks of New York City, New York-New York Hotel & Casino features 12 New York-style skyscrapers showcasing 2,023 guest rooms and suites. Other featured Big Apple icons include a 150-foot-tall replica of the Statue of Liberty and a 300-foot-long replica of the Brooklyn Bridge. Within the resort, guests discover all the energy and excitement of the city that never sleeps, from enticing entertainment including the provocative and sensuous Cirque du Soleil production, Zumanity, the thrilling Roller Coaster and the fun-filled dueling pianos of Bar at Times Square, to tantalizing restaurants such as The Sporting House Bar & Grill, Gallagher’s Steakhouse, Il Fornaio and Nine Fine Irishmen, an authentic pub offering the best of Irish drink, food and music. Additionally, New York-New York offers more than 24,000 square feet of meeting space and a rejuvenating spa and salon. New York-New York is a wholly owned subsidiary of MGM Resorts International (NYSE: MGM). For more information and reservations, visit newyorknewyork.com or call   toll free at (866) 815-4365 or find us on Facebook and Twitter.

Bellagio’s Conservatory and Botanical Gardens in the Fall 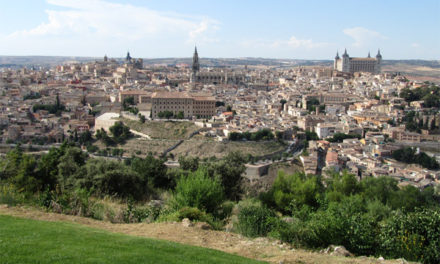 One Day in Toledo, Spain 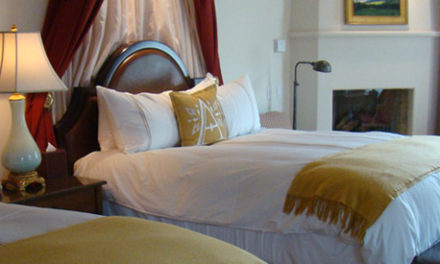 How Do You Find Hotels?