The Mayor of London Boris Johnson has today (Tuesday, May 27) welcomed news that Imperial College London is to build a pioneering biomedical engineering centre and believes that it will cement London and the South East’s reputation as “one of the leading regions in the world for game-changing science.”

Read more about the donation from Imperial.

Imperial has received a £40 million gift from former student Michael Uren OBE and the Michael Uren Foundation to allow construction of the centre at the College’s new 25-acre research and innovation campus in White City, west London.

Last month, the Mayor launched MedCity which aims to transform the London-Oxford-Cambridge life sciences sector into one of the premier, interconnected clusters for research, development, manufacturing and commercialisation.

The Mayor of London Boris Johnson said: “I am absolutely delighted at this extremely generous donation that will push forward research in an exciting and crucially important area of medical science. Biomedical engineering is improving treatments and quality of life for people affected by a diverse range of medical conditions and this new centre has the potential to benefit millions in the UK and around the world. This donation, coming so soon after the launch of MedCity, demonstrates unquestionably that London and the South East is one of the leading regions in the world for game-changing science.” 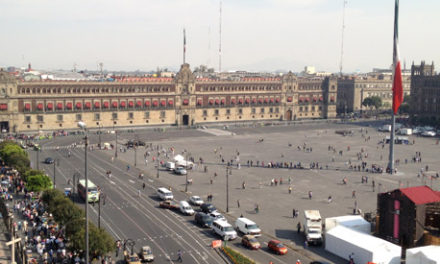 London set for another world-beating year for major events