LAS VEGAS – Las Vegas is known for continually reinventing itself to provide the best possible experience for visitors.  A series of new projects announced recently is injecting more than $ 5 billion into the destination over the next several years.

"This is an exciting time as the confidence in the Las Vegas brand continues to build with new projects and ongoing reinvestment," said Rossi Ralenkotter, president/CEO of the Las Vegas Convention and Visitors Authority.  "The billions of dollars being invested in Las Vegas for unique experiences and world-class facilities and amenities show why Las Vegas continues to be the premier leisure and business destination."

After a record-breaking year with nearly 40 million visitors in 2012, Las Vegas is adding more options and experiences for visitors that can only be found in the Entertainment Capital of the World – from the transformative new global business district to new and revamped resorts and entertainment venues.

In March, Malaysia-based Genting Group announced a multi-billion dollar Asian-themed resort complex on the Las Vegas Strip. Resorts World Las Vegas will include 3,500 rooms, luxury dining and shopping and a half million square feet of convention space on the 87-acre site. A replica of the Great Wall of China and more than 300,000 feet of pool and water features are also planned. It is expected to open in 2016.

MGM Resorts International and AEG recently announced plans for a 20,000-seat arena to be located west of the Las Vegas Strip between New York-New York and Monte Carlo resorts.  The company is also rebranding THEhotel at Mandalay Bay into Delano Las Vegas, which will open in early 2014, and renovating several of its properties, including Mandalay Bay, MGM Grand, The Mirage and Bellagio.  MGM Resorts alone will spend more than $ 300 million in exciting new capital investments to its Las Vegas resorts in 2013.  When combined with its partners’ investments, the company anticipates the investment to be more than $ 450 million.

Caesars is also continuing work on its more than $ 500 million dining, shopping and entertainment district The LINQ, which will feature the world’s largest observation wheel – the 550-foot high Las Vegas High Roller.  The company is also undergoing major projects at its other properties, including the opening of the Nobu Hotel at Caesars Palace and unveiling renovations at The Quad, formerly the Imperial Palace.

"The Global Business District is a transformative project that will launch Las Vegas ahead of its competition and solidify our standing as an international business center," Ralenkotter said.

In addition to these projects, several resorts are re-branding and refurbishing their properties to continue to deliver on the brand promise of the premier destination in the world.  Some major resort projects include the rebranding and reopening of the Sahara as the SLS Las Vegas in 2014 and the rebranding and reopening of the Lady Luck as the Downtown Grand later this year.  These projects join major renovations at The Venetian, Gold Coast Hotel and Casino, Golden Gate, Palms, The D Las Vegas, Riviera, The New Tropicana Las Vegas, Four Seasons and more.

In recent years, other investments have shown the confidence in the Las Vegas brand.  The $ 2.4 billion Terminal 3 at McCarran International Airport, the $ 470 million The Smith Center for the Performing Arts, the $ 42 million Mob Museum, and the $ 3 million renovation and opening of the Neon Museum show that Las Vegas does not stand still. 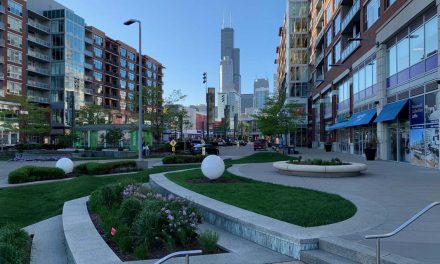 Tourist applications for the Balearic Islands for iOS and Android