LGBT Confex’s 4th International LGBT Business Expo will return to its birthplace in 2014 as the sister destinations of Puerto Vallarta and Riviera Nayarit host the latest edition of what has quickly become the leading expo for business interested in targeting the gay and lesbian consumer, an estimated 6% Latin America market share.

In 2014, the LGBT Business Expo has already confirmed participations by the Human Rights Campaign, American Express, Marriott International, Out & Equal, the Greater Fort Lauderdale Convention and Visitors Bureau as well as the world’s leading LGBT consulting and marketing company, Out Now Global, which will present LGBT2020, the largest study on Latin American LGBT markets of its kind.

Puerto Vallarta made its debut as a tourism destination in the 1960s when celebrity visits by Elizabeth Taylor and Tennessee Williams launched it into the international arena. Its Romantic Zone is home to many businesses that are LGBT-owned and/or target the consumer, including beaches, tours, activities, restaurants, bars and clubs. Leading venues in the region have already confirmed their participation, including host hotel, CasaMagna Marriott Puerto Vallarta Resort & Spa, Cafes Des Artistes and Hard Rock Vallarta Hotel.

Mexico’s Ministry of tourism, SECTUR, and the Mexico Tourism Board recently announced that it will be launching an LGBT campaign to attract the market to the country and its many gay friendly destinations and will be working directly with the International LGBT Business Expo as well as the Riviera Nayarit CVB and the Puerto Vallarta Tourism Board.

Early Bird registrations for exhibitors and delegates is now open online at http://www.lgbtbusinessexpo.com.

Mayor of London unveils his vision for London’s future 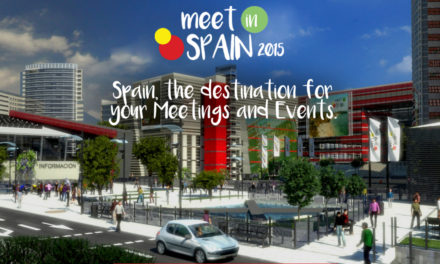 Neighborhood Spotlight: A Day in Boystown