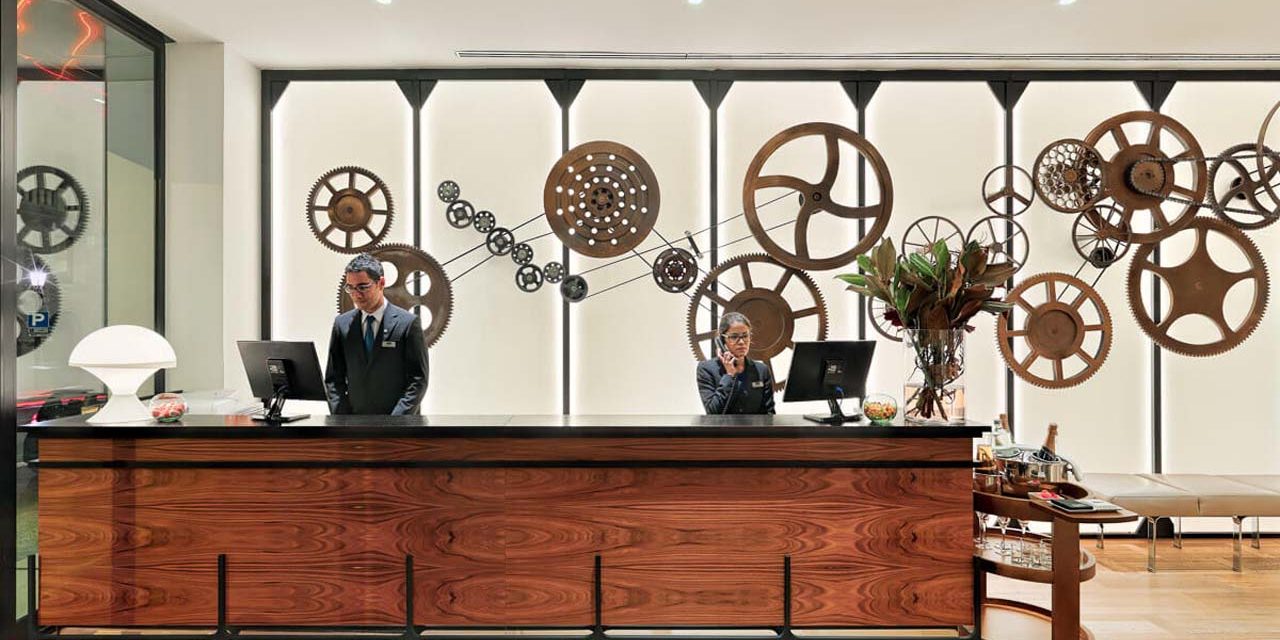 Opened in 2015, the H10 Cubik Barcelona is a four-star superior hotel that’s steps away from the city’s historic city center.

It has a colorful and mix of modern architecture with geometric shapes that are reminiscent of the mid-20th century and contemporary furnishings — complementing Barcelona’s modernistic and futuristic reputation. H10 Cubik has three meeting rooms, so it is suited for smaller meetings or private events. And some have terrace options. In its first couple of years guests have elevated H10 Cubik reviews with top rankings on many lists. Yet its size still feels quite intimate.

Guest rooms at H10 Cubik in Barcelona are bight with a contemporary interior design.

I stayed in 610, a classic room. This is a corner room with a small foyer that keeps the doorway separate from your bath and bedroom. It also has a door that you can open and let in the fresh air (with an iron grill as a window bar).

The bed is relaxing and faces a large flat screen TV on the wall.

The bathroom has a large shower and is accented with copper elements. It has Rituals bath amenities, oversized towels, x-large robes and slippers.

The Market restaurant is on the lower level, but it’s bright and white with plants lining the room and on your table. You’ll find a continental breakfast buffet with a mix of Spanish and American options — breads, pastries, fruits, cheeses, cold meats, juices, water and even cava (that’s a great way to wake up). Hot items are made to order — just select what you’d like off the menu.

The room is spacious and tables are setup to make you comfortable if you are traveling and dining alone.

The Robotic Bar is in the lobby and where you can grab a drink or coffee at any time of the day. It’s a fun and eclectic room that you’ll enjoy. It has a menu of tapas

Atik Rooftop Bar terrace is located on the eight floor. It’s an intimate space where you can relax either inside or outside. You can get some nice views of the neighborhood and city from here. And it’s a perfect stop for a cocktail before the late night dinner hour or an after dinner drink (open 12 p.m. to midnight Sunday through Wednesday and 12 p.m. to 1 a.m. Thursdays and Fridays).

Attic Restaurant is located on the eight floor and has an intimate setting with six tables (most seat up to four people). If you want to have a sense of an exclusive experience for your dinner, this is the spot to go for a couple hours. I spent two hours on my final night tasting different wines, tapas, steak, vegetables and Crama Catalan for dessert (Barcelona’s version of creme brute). The service is excellent and the meal was also perfect.

Attic Tapas Bar is also on the eight floor and next to the terrace. It has large French windows and stays open year-round. Enjoy signature tapas and a cocktail (open daily 12 p.m. to midnight).

H10 Cubik has three meeting rooms with indirect natural light — the rooms face a garden wall where a variety of green plants grow. And two of the rooms can be combined into a larger space.

In addition, The Library is a multi-purpose space that has access to an inner courtyard which is also surrounded by greenery (and useful for breakout sessions).

The Atik on the eight floor can be used for private events, such as a cocktail reception or event or a relaxed space for session breaks.

Other Features at H10 Cubik Barcelona

The hotel has a small rooftop plunge pool that’s associated with the Atik terrace. Or you can relax on the chaise lounge chairs that are next to it.

H10 Cubik is really located in the heart of the city’s old town neighborhood. Plaça de Catalunya is the main point of interest that’s situated between the Gothic Quarter and the L’Example districts. And H10 Cubik Hotel about a block away — El Corte Ingles (one of Spain’s largest department store chains) is around the corner. This is where you want to be to have easy access to the famous Ramblas or Paseo de Gracia streets. You also have quick access into the maze of streets in the old town (which I truly enjoy). 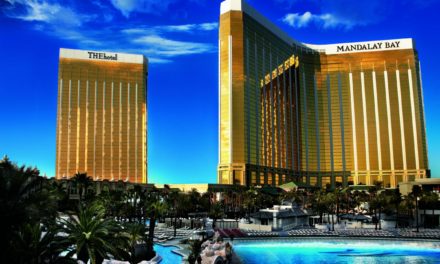 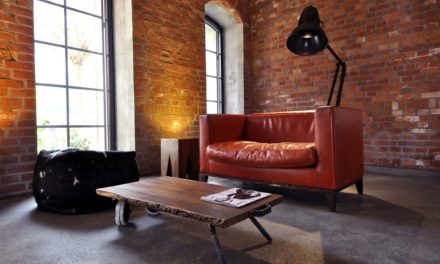 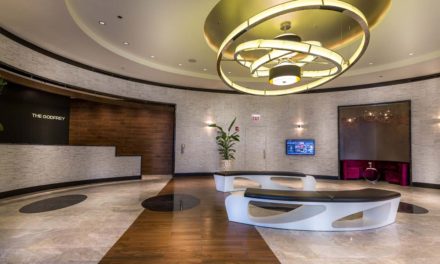 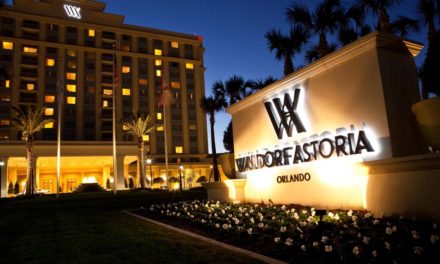