Diaoyutai MGM Hospitality Appoints Mr. William Scott as the Executive Director of Board

Mr. William Scott obtained the Juris Doctor degree from Union University and the Master of Laws degree from Boston University. He has partnered in the law firm of Sheppard, Mullin, Richter Hampton LLP, and is a veteran in legal affairs and company strategy area.

Mr. William Scott joined MGM Resorts International as the Senior Director in August, 2009. He assumed the Vice President of Corporate Strategy and serves on the board of MGM China Holdings Limited, MGM’s Hong Kong Exchange listed company from July, 2010. In November 2011, Mr. Scott was appointed as the Board Member of Diaoyutai MGM Hospitality.

“We extend our sincere congratulations to Mr. Scott for his appointment,” said Mr. Qu Wenming, Chairman of Diaoyutai MGM Hospitality “Bill has made outstanding contribution to the company since joining in 2011. Improving the management agreement and the legal system, Bill also plays important role in business expansion in China market.”

Mr. Jim Murren, Chairman of MGM Resorts International also made remarks on the appointment, “Bill has greatly enhanced the communication among Diaoyutai State Guesthouse, Diaoyutai MGM Hospitality and MGM Resorts International. Our mutual understanding and collaboration have been further improved with his contribution. We believe he will lead Diaoyutai MGM Hospitality to even greater success! “

Since establishment in 2007, Diaoyutai MGM Hospitality has signed 11 hotel and mixed-use projects in China, covering 8 major cities such as Beijing, Shanghai, Chongqing, Sanya and Chengdu. In the year of 2012, the company has opened its first hotel – MGM Grand Sanya at Yalong Bay of Hainan. During the just finished Bo’ao Forum 2013 Annual Conference, MGM Grand Sanya broke the record of Sanya for receiving the most heads of state in one single hotel by successfully hosting 6 state leaders. Late this year and early 2013, there will be another 2 hotels to open under the company’s management, The Diaoyutai Boutique Chengdu and Diaoyutai Hotel Beijing, Lama Temple.

Diaoyutai MGM Hospitality is a joint venture between Diaoyutai State Guesthouse of China, the highest standard service venue hosting foreign heads of state, and MGM Resorts International, the top global luxury hotel group. The company is committed to combine the brand advantages of its parent companies, to optimizing the resource allocation, to developing and operating luxury 5-star hotels and resorts around the world, and to becoming the world leader in experiential hospitality by conceiving, designing, building and operating destination hotels that are unparalleled in innovation, personalized attention and service. 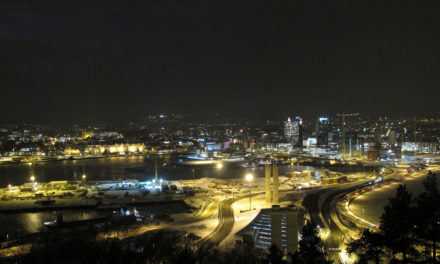 On Business in Oslo – How to Stay in Budget