Geneva – The International Air Transport Association (IATA) announced global passenger traffic results for August showing a slight pick-up in demand over the previous month. Total revenue passenger kilometers (RPKs) increased 5.9% compared to August 2013, which was above the 5.4% year-over-year increase recorded in July. August capacity climbed 5.5%. The load factor stood at 83.9% which is a 0.3 percentage point rise over August 2013.

“August was a good month right across the industry. All regions reported an expansion in demand for air travel. And load factors were high, reflecting the fact that August is peak travel season in the Northern hemisphere. We should, however, keep an eye on potential downside risks. European travel, for example, continues to show robust growth. The 6.1% year-to-date expansion in demand reflects a solid step up from the 3.8% growth recorded in 2013. But it remains a question how long the robust trend in passenger travel can continue in light of the continent’s increasingly worrying economic outlook,” said Tony Tyler, IATA’s Director General and CEO.

International passenger traffic rose 6.7% in August, with all regions showing growth over the previous year. Capacity also rose 6.7% and load factor was stable at 84.2%.

The continuing Ebola crisis took on a new dimension with the first confirmed diagnosis of Ebola in the United States. IATA is closely coordinating with the World Health Organization (WHO). WHO evaluates the risk of Ebola transmission occurring on an aircraft as “very low.” WHO also continues to recommend against travel restrictions and border closures.

“The airline industry is taking its guidance from the WHO and public health authorities to keep flying safe for passengers and crew. Travelers should be reassured. WHO has clearly said that the risk of Ebola transmission on board an aircraft is very low. Moreover, WHO is not advising any restrictions on travel,” said Tyler. 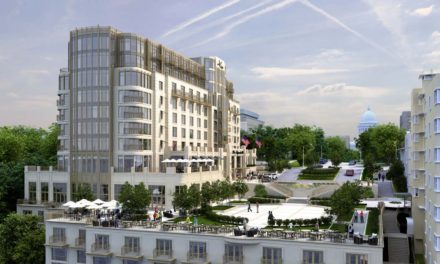 Sneak Peak at The Edgewater Hotel in Madison, WI

All time record: more than one million guests in Berlin