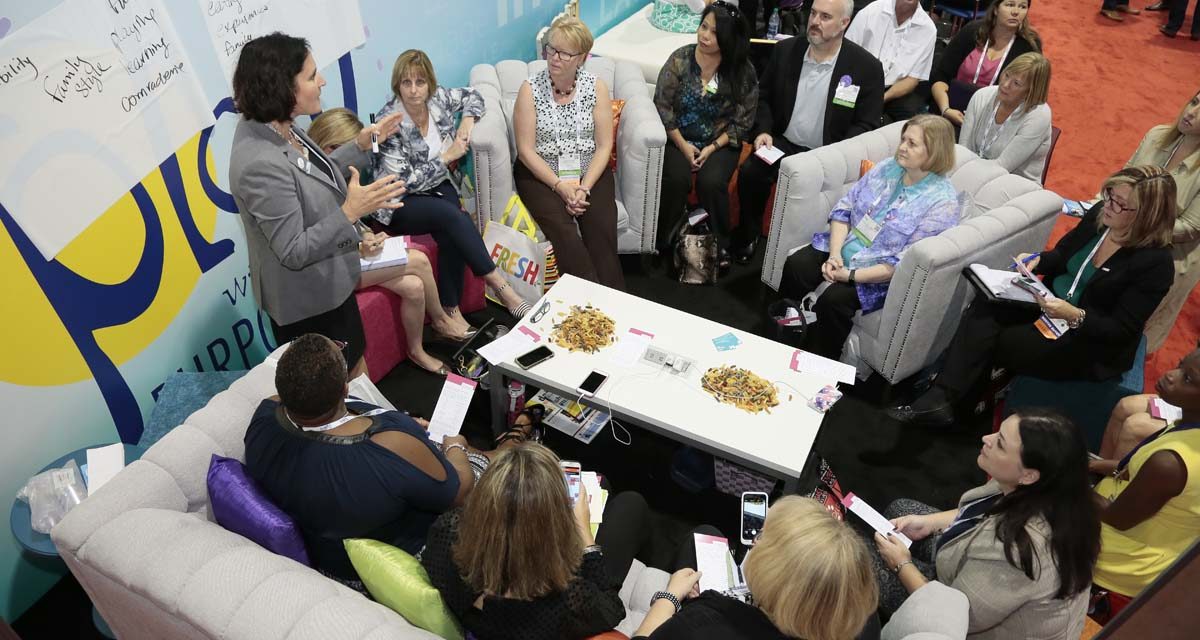 As the conclusion of the fifth IMEX America, IMEX Group Chairman Ray Bloom announced that, in every important facet, the show had achieved new records. A total of 3,100 companies representing 150 countries exhibited including 80 new booths and 56 expanded booths while the IMEX hosted buyer program brought a record 3000 buyers from 54 countries to the show. Over 10,600 people participated in the event.

There were 66,000 business appointments of which over 57,000 were one-to-one appointments and booth presentations. The proportion of these appointments that had profiles attached online had risen to 51% enabling both buyers and exhibitors to be better prepared for their meetings.

More than 40 leading buyers from the corporate sector also came for the annual Executive Meetings Forum. With senior executives from Merck, Cisco Systems and Wells Fargo among them, together they controlled annual meetings budgets in excess of $3billion.

Ray Bloom said: “I’d like to congratulate MPI, our strategic partner and premier education provider, on the tremendous success of Smart Monday, which grows year after year. This day of high level education adds a tremendously valuable extra dimension to people’s overall experience of the show. The daily MPI key note sessions have also featured very interesting speakers and generated a great response.”

A new educational initiative, the Play Room, sponsored by Play with a Purpose, drew 350 participants on Monday and many hundreds more when it moved on to the show floor for three days.

He also said that there had been superb feedback about the many other co-located educational and social events and meetings arranged by IMEX America’s industry partners that had taken place in the city during the week. The MPI Foundation Rendezvous, the IMEX America Night, in particular, had once again been a highly enjoyable networking event while Association Evening and the CIC Hall of Leaders had successfully introduced new formats.

Ray Bloom commented: “We are delighted that so many industry events are coming together here using IMEX America as a hub for successful fundraising events such as the MPI Foundation Rendezvous, the CEIR Golf Classic and SITE Nite as well as education activities, social networking and industry meetings.”

The new wellness initiative, “Be Well at IMEX,” included a meditation room and the first IMEXrun Las Vegas – Inspired by Rio de Janeiro, in advance of the Olympics. Sponsored by RioTur and Embratur and organized by sports by tlc, the route took in a section of the famous Las Vegas Strip. Fully booked, 412 exhibitors and buyers rose early to take on the course.

Looking ahead to IMEX in Frankfurt 2016, which will be at Messe Frankfurt on April 19 – 21, a month earlier than usual, Ray Bloom reported that demand for the event from returning and new exhibitors continues to be exceptionally high from destinations, venues and service providers from across the world and this was already laying down strong foundations for the 2016 event.

While new educational and hosted buyer initiatives will be announced shortly, he highlighted further new developments for the show. ISES, a partner of IMEX America, will be staging its first Global Event Summit in Europe immediately following IMEX in Frankfurt 2016 and will bring a number of senior event professionals from North America and Europe to IMEX before heading to Scotland for three days of high level debate. Additionally, the IMEX Politicians’ Forum will feature a series of new political Master Classes for government delegates to supplement the already successful forum debate.

Ray Bloom was joined on stage by show partner executives Michael Woody, COO of MPI, Cathy Tull, Senior Vice President of Marketing for the LVCVA and Chandra Allison, Vice President of Sales for The Venetian®|The Palazzo®.

6 Steps for a Successful International Meeting